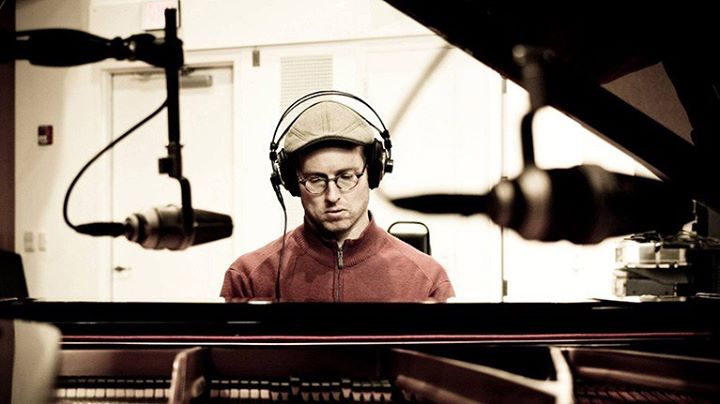 The Kareem Kandi World Orchestra will be featuring pianist and composer George Colligan for a special concert on Friday September 13th at The Tacoma School of the Arts Theater.
( 1117 Commerce Street, Tacoma Wa )

I’ll be joined by Greg Feingold on bass, Stefan Schatz on drums, and special guest George Colligan on piano. 7pm, all ages welcome, no cover charge.

More about our guest artist:

George Colligan is a New York based pianist, organist ,drummer, trumpeter, teacher, and bandleader, who is one of the most original and compelling jazz artists of his generation. An award-winning composer (Chamber Music America/Doris Duke Foundation grant recipient) and player (winner, Jazzconnect.com Jazz Competition), Colligan is highly in demand as a sideman, having worked with players like Cassandra Wilson, Don Byron, Buster Williams, and Lonnie Plaxico, both on the bandstand and in recording sessions (appearing on over 100 CDs). He has released 24 recordings full of his intelligent writing and impressive technique. His latest CD on the Origin Label is called ” The Endless Mysteries” and features Larry Grenadier and Jack DeJohnette. Colligan’s musical style incorporates everything from showtunes to funk, from free improvisation to 20th century classical music. His performances include dazzling technique as well as mature restraint. Colligan was on the faculty of the Juilliard School for two years and is currently an Assistant Professor at Portland State University. He is currently a member of Jack DeJohnette’s New Quintet. Recently, Colligan started playing the Hammond 44 Melodion(melodica). He also started a popular blog called jazztruth(jazztruth.blogspot.com).

“Colligan is an equally deserving torch-carrier of the piano trio tradition….” John Kelman , All About Jazz

“One of the best kept secrets in jazz….” Chris Hoven, All About Jazz
“As a creative artist, he’s really up there…. In terms of technique, knowledge of music and improvisational creativity, there aren’t a whole lot of cats from his generation that are any better than him. As a matter of fact, I can’t think of any.”– Don Braden in a blindfold test for Jazz Times

“Pianist George Colligan stole the set with a display of technique that inspired a standing ovation.”-Harvey Siders, Jazz Times, in a review of a Ravi Coltrane concert.