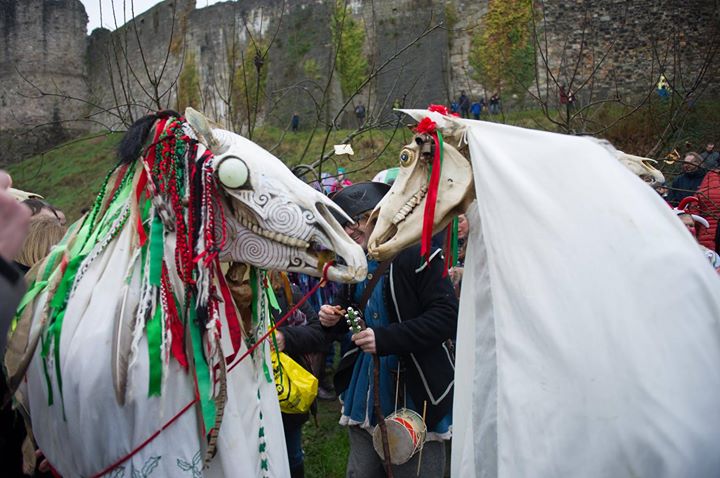 The route we’re taking, is..
leaving Dunagan Brewing Co. ~7:30pm toward Tacoma Brewing Co. ,then to Distopian State Brewing, Then Odd Otter, then back to our very own Dunagan!
Again: we’ll be meeting 4pm at Dunagan’s to assemble, drink beer!, and organize. We’ll head out 7:30pm! One of our bands will be leading a song at each of the breweries, and then We’ll all have a craic at Dunagan’s when we get back to our home Brewpub!

Food: provided by Strait from Philly! Burgers, Philly’s, Loaded fries, Chicken wings! so much awesome! make it in early before we leave, to get your grub on, before we head out!

Awesome talent joining us will be!..
Dancing performed and lead by Alena Nozawa and company
Join in!

A bit of background for those whom don’t quite know!…..Listen up!…The Mari Lwyd (or the Grey Mare) is a pre-Christian Celtic Welsh tradition, said to bring good luck around Christmas time!

People made a horse figure from a horse’s skull, with decorative ears and eyes attached. They adorned it with colorful reins, bells, and ribbons and wrapped it with a white sheet that is carried around on a pole.

The Mari Lwyd and our party will go pub to pub, singing and challenging the occupants of the pubs (BREWERIES?!) inside to a battle of rhyming insults in Welsh (we’ll speak English or gibberish). At the end of the battle of wits (known as pwnco) we’ll be invited into the pub for BEERS!

We’ll be starting 4pm at Dunagan Brewing Co. assembling and 7:30pm walking to other breweries, then stumbling/ piggy backking back to Dunagan’s for some live Irish music!

!Characters Needed!: (but you can just come as you are as well)

*The Mari Lwyd – the grey mare (not needed, but you can make another if you would like)

*The Leader- smartly dressed with a staff or whip! (Jesse Dunagan)

*Punch and Judy- Characters would cause a noise, with Punch tapping the ground to the rhythm of the music and rapping on the door with a fire poker, while Judy brushed the ground, pub walls, and windows with a giant broom!

*Sleipnir- (Odin’s 8 legged horse) This is were the 8 rain-deer come from.

*Krampus- half-goat, half-demon”, who, during the Christmas season, punishes children who have misbehaved

*Yule Cat- Icelandic monster cat, said to lurk about the snowy countryside during Xmas time and eat people who have not received any new clothes to wear.

*Caga TiÃ³ – The Spanish Christmas pooping log that poops out small candies and treats… or onions!

*The German Christmas Pickle!- The last ornament to be placed on the tree, was a pickle…. lets dress up as Christmas pickles?!

*More Details as it all developes* 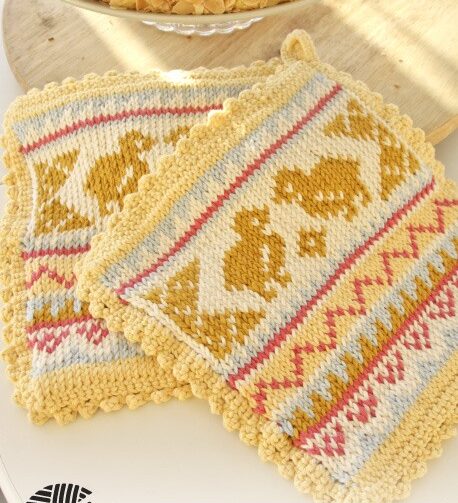