A Conversation with Tommy Orange Hosted by Mayor Woodards 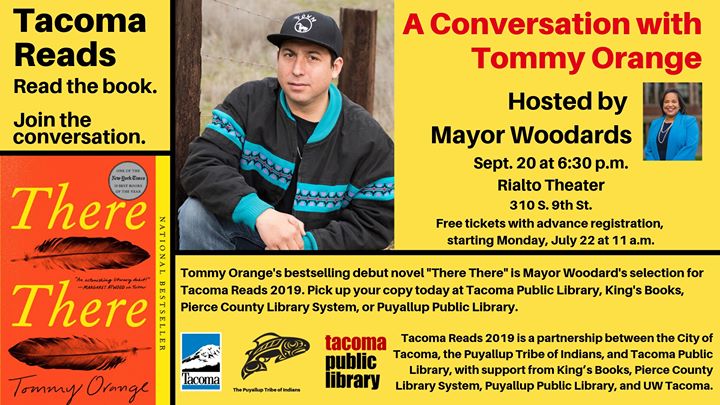 Tacoma Reads is a local community reading program that seeks to unite the community in dialogue around contemporary themes through reading a common text.

The 2019 Tacoma Reads selection is the bestselling debut novel “There There” by Tommy Orange. On Friday, Sept. 20 at 6:30 p.m., Orange will visit Tacoma for a fireside-style chat entitled “A Conversation with Tommy Orange Hosted by Mayor Victoria Woodards” at Tacoma’s historic Rialto Theater (310 S. 9th Street). This is a free, community event with advance ticket registration opening on July 22 at 11 a.m. through the Tacoma Arts Live Box Office.

Described as “groundbreaking, extraordinary” by The New York Times, “There There” is a multi-generational, relentlessly paced story of 12 urban Native Americans traveling to the Big Oakland Powwow, interconnected in ways they may not yet realize.

“There There” has earned numerous accolades, including winning the the PEN/Hemingway Award, the the Center for Fiction First Novel Prize, and being selected as a finalist for the Pulitzer Prize. It was listed as one of the Best Books of the Year in The Washington Post, NPR, Time, O, The Oprah Magazine, Entertainment Weekly, BuzzFeed, San Francisco Chronicle, and The Boston Globe. Entertainment Weekly called the book “the year’s most galvanizing debut novel,” while The Washington Post described it as “Masterful…White-hot…Devastating.”

Author Tommy Orange is a recent graduate from the MFA program at the Institute of American Indian Arts. He is a 2014 MacDowell Fellow, and a 2016 Writing by Writers Fellow. He is an enrolled member of the Cheyenne and Arapaho Tribes of Oklahoma. He was born and raised in Oakland, California, and lives in Angel’s Camp, California. 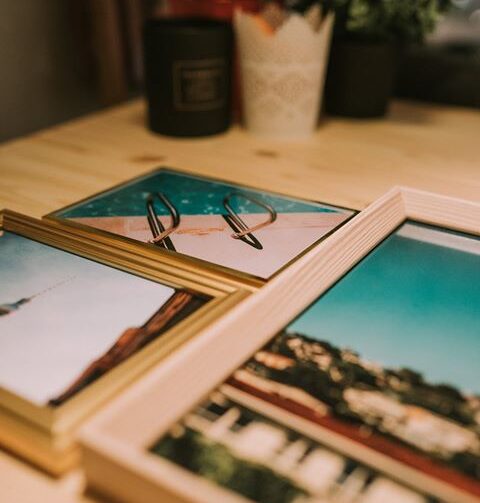 Art Management: How to Care for Your Art Collection at Home