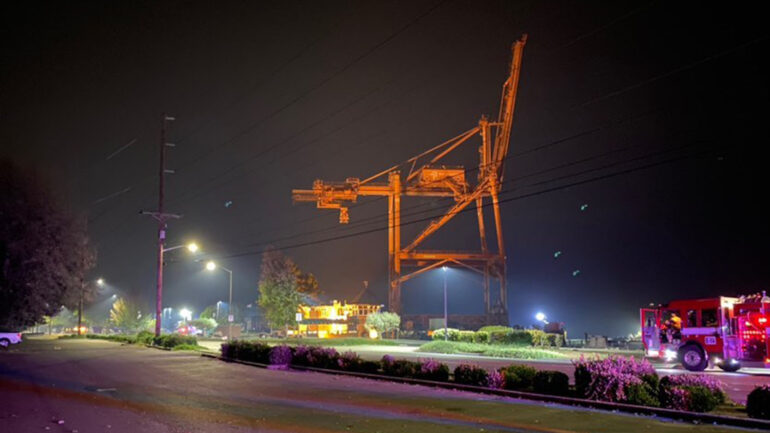 “You’re Not the Boss of Me!” Says Unruly Container Crane

A recent transplant from Seattle caused a scene on the Ruston Way Waterfront late Monday night. “The Port of Tacoma is boring AF at night,” said the 200-foot-tall container crane of its new home. “I was just trying to get a drink on the waterfront, bro. It ain’t my fault your guys’ docks are so small around here.”

The crane moved from the Port of Seattle to the Port of Tacoma on August 26th. “He’s kind of a dick,” a neighboring crane in the Blair Waterway told us. “He’s always saying stuff like ‘I used to have an awesome view of the space needle’ and ‘The cargo scene is way cooler in Seattle.’ I mean, Seattle’s fine I guess but we’ve got our own thing going on here, you know? Ships come in, we load the containers, and life is good. We don’t need some uppity new crane coming in telling us how our neighborhood should be.”

The crane reportedly left the port around 10:00 and was seen staggering through Commencement Bay. Reddit user u/54Yk-e68 said, “I saw this floating from the docks tonight. I was/am really high though when I called 911 to report it and I’m surprised they believed me. I almost shit myself when the coast guard called to confirm.”

After being refused service at The Ram, the visibly impared crane became belligerent and destroyed the dock behind the restaurant with its barge. It proceeded northwest along the shoreline, smashing a number of pilings and taking half of the Pacific Parasail floating dock with it.

The crane’s path of destruction came to an end around midnight after colliding with a series of large steel pilings behind the Marine Security Operations Center. “Those little wooden pilings ain’t shit but the big steel guys hurt like hell.”

Authorities arrived on scene soon after and found the crane passed out behind Katie Downs, rocking peacefully in the waves. Authorities towed the sleeping crane back to the port where it was moored to the dock with thicker lines than it had the night before. Other damage to docks along the waterfront was found in the morning. It was unclear, however, whether the damage was the result of stormy waves or the actions of the marauding crane.

Asked whether the crane would stay in Tacoma after this incident, it replied, “Psssh… I guess. But don’t expect me to just stay here in the port. I hear Titlow’s pretty cool.” 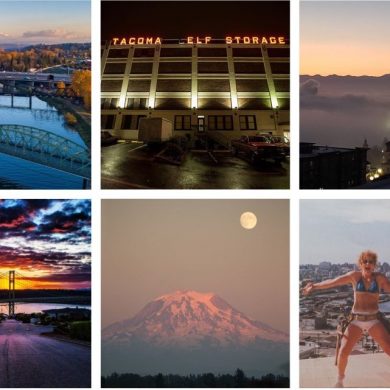