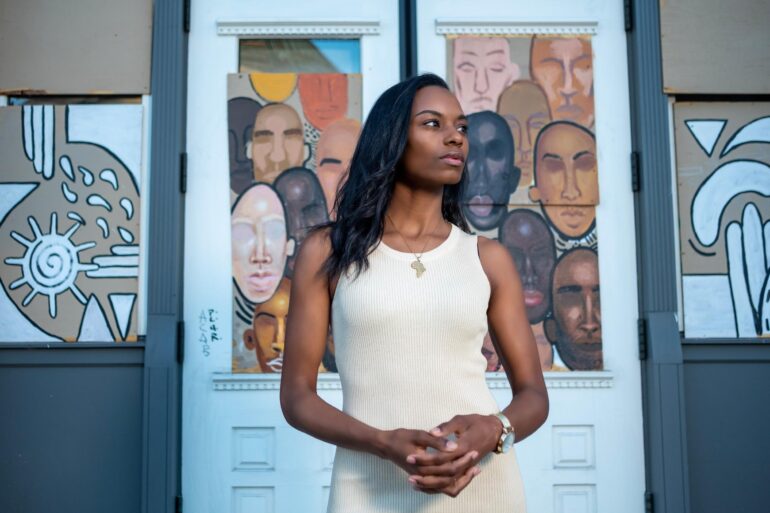 T’wina Nobles Has Something to say About Tacoma’s Future

T’wina Nobles is busy. Besides being a mother of four, she’s also the President and CEO of the Tacoma Urban League, and is currently serving her second term as University Place School Board Director. Oh, and she is running for State Senate in the 28th Legislative District.

So, when Nobles suggested an interview date, I assumed she scrolled through her very full calendar to the next available slot. Scheduling is rarely a profound act, but it turned out to be this time. Nobles chose June 19—Juneteenth. Historically, June 19, 1865 is the day Black men and women living in Texas were told of their freedom. President Lincoln issued the Emancipation Proclamation on January 1, 1863 which freed slaves in Confederate states including Texas.

The fact that it took more than two years from declaration to liberation, and the idea that one group of people could decide another group’s freedom, speaks volumes about our imperfect union. It also serves to underscore the fact that those “certain” and “inalienable” rights of life, liberty, and the pursuit of happiness were, in fact, uncertain and alienable if your skin was a certain color.

This piece is about T’wina Nobles—I promise—but it’s also about history. The two are inexorably linked. We’re at a moment of national reckoning. America’s history, the full and unedited version, has finally been released in a language most people can understand. Nobles knows something about the past and how to use it effectively to influence the future.

You see, Juneteenth is more than just a holiday, it’s a persistent march toward liberty and justice for all. History is a funny thing. It needs to be both acknowledged and overcome while not being forgotten. The past is valuable but it’s not a place to live.

“Juneteenth is significant, because it’s a reminder that until everyone is free, no one is free,” Nobles told me when we spoke. “Lots of incredible work has been done over the years and we should appreciate how our ancestors fought for the freedoms that we have, but we’re not done.”

Nobles has that arms-length relationship with her own history. Arms-length is traditionally meant to mean distance. The same is true here, but with a caveat. Nobles hasn’t so much pushed her past away, rather the gap between the two provides perspective and allows her to better see its shape.

Nobles’ childhood was one of instability and uncertainty. Her mother struggled with drug addiction and spent time in prison. “We [Nobles and her two brothers] were always living with somebody else,” she said. In this case, somebody might have meant a family member, a foster home, or someplace like a homeless shelter.

It’s that place, a homeless shelter in Phenix City, Alabama, where the line between where Nobles could have gone and where she ultimately went, forks. “At one point, I lived there by myself,” said Nobles. “I decided my family was moving too much, and I told my mom that I could take care of myself.”

There’s a pattern in Nobles’ story. The then 12-year-old became close with the woman who ran the shelter. “Ms. Miles treated me like I was her adopted daughter.” This relationship offered opportunity and a new way of seeing the world. “I watched her [Ms. Miles] in her large, wooden desk with her books on the bookshelves and I saw a Black woman executive who was powerful and gracious and understanding and kind. I started to tell myself that this is the type of person I want to be. I want to be able to lead.”

Ms. Miles isn’t the only Black woman who saw Nobles’ potential. Teachers, specifically two math teachers, also took an interest in her despite the fact that Nobles describes her younger self as closed off. “They recognized that I was smart but was in the most difficult and challenging situations with an abusive parent and with living situations that changed frequently. They saw something in me and nurtured what they knew I could grow into.”

“Black women in my community taught me how to be a woman and taught me to be gracious and grateful and helped to coach me out of what I learned from my own mother, which is, if you don’t get your way when you’re upset, fight somebody.”

There’s another history that needs to be considered—Nobles’ mother was born in Philadelphia. Her upbringing was marred by poverty, abuse, and a series of foster homes. Cause and effect are complicated but that shouldn’t stop us from asking hard questions. For instance, Why did at least three generations of Nobles’ family spend part of their lives at the bottom? What role did this lack of stability play in perpetuating a cycle of abuse?

It’s easy to point at the individual and his or her perceived choices and say, “there, that’s why,” but that ignores our own history of denying access to education, quality jobs, or low-interest home loans to people of color. Who’s to say if Nobles’ family history would have gone another way if her mother could afford to go to college or if her grandparents owned their own house.

That shared past could have been Nobles’ future. This is an odd sentence to type, but she found what she needed in a homeless shelter. Think about that for a moment. A place of strangers, one that is intentionally temporary, gave Nobles what she needed. “There was structure and I thrived on that.”

Nobles also found inspiration in books. “I read a lot,” she said. “I think it’s important to have books or something else that says ‘there is another way to live life that is not in poverty, that is not in violence, that is not lacking in opportunity.’”

A couple of other factors influenced who Nobles is today. “I got placed in a foster home with a really successful Black family,” she explained. The foster father was an elected official. “He exposed me to politics and the idea of running for office.”

“You become what you have been exposed to.”

Finally, Nobles had to put the past behind her—literally. “I had to move away just for my own sanity and to give my children a better alternative. Because for my family, it’s not a thing of the past. It really is still a thing of the present.”

Nobles came to the Pacific Northwest 20 years ago. In the intervening decades she earned a bachelor’s and a master’s degree from the University of Puget Sound. She also started the school-based empowerment program Ladies First. Nobles and three other Black women recently launched the Black Future Co-Op Fund, which is a “collective hub for efforts to eradicate poverty, build generational wealth, preserve Black culture, and celebrate the incredible resilience of the Black community.” The list of Nobles’ achievements and initiatives is very, very long but they all have something in common. “I have seen community transform me,” she shared. “I want to be that person for folks in my community.”

Which brings us to now, at the intersection of past and future. The collective deaths of George Floyd, Manuel Ellis, Ahmaud Arbery, Breonna Taylor, and others have sparked a movement that may have remained a moment had they not happened so close together and had not a pandemic left us with little in the way of distraction. Quite simply, there was no place for us to hide.

T’wina Nobles feels uniquely suited for these times. Here is a person who has managed to both acknowledge and overcome her past without forgetting it. Nobles is mindful of her experience and the larger experience for many Black men and women in the United States, especially when it comes to talking with her children.

“I really believe in our people, our culture, what we contribute, and I want to pass that on to my kids. I don’t want them to think they’re going to be poor because they’re Black or assume they can’t get what they want because of the color of their skin—I don’t believe that.”

Nobles has some thoughts. “I want folks to stop looking for a sign, a poster, a t-shirt, a place to show up to,” she said. “It is a lifestyle. Make Black Lives Matter a lifestyle.”

And that starts with education. In particular, history books which are more George Washington than George Washington Carver. “There’s this assumption that if it’s not taught in school then it must not be valuable,” said Nobles. “Think of the message we’re sending about Black culture, Indigenous culture and all those narratives about the real story of this country and the folks who were the architects of this country that aren’t being told.” 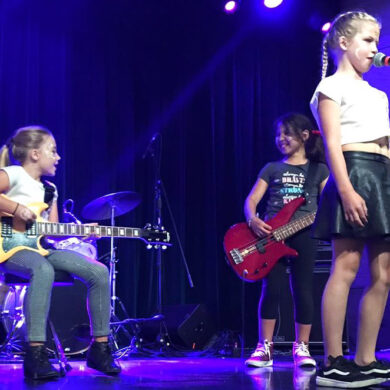