To Protect and Serve

(Editor’s note: This story was originally published on TacomaStories.com in 2018. Unfortunately, its message has yet to become outdated.)

It took me a long time to understand people who hate cops. I grew up a middle class straight white boy in the Pacific Northwest. I didn’t have much trouble with police. When they did show up, I’d talk to them and they’d go away. And for far too long I was under the impression that this was how most people interacted with your average American police department.

My view of police officers growing up was that they were the good guys. They were the heroes. They were the men and women risking their lives on a daily basis to protect our society from chaos and harm. Some of my favorite television shows and movies involve good cops trying to do good work.

For a time I even worked for law enforcement. For two years I transcribed police records for the Law Enforcement Support Agency which handles records from the Tacoma Police Department, Puyallup Police Department, Lakewood Police Department, and Pierce County Sheriff’s Department. I went on ride-alongs with police officers. I learned what kind of people become cops and what being a cop is like. And for the most part, I gained tremendous respect for the police in general.

It was exhilarating reading and transcribing 50+ police records every day and seeing what their day to day life is like. One cop described it to me as ‘vast amounts of time of complete boredom punctuated by moments of absolute terror and action’. I’ve read hundreds of accounts of local police officers saving lives and making the streets safer.

That’s not to say that I saw nothing wrong. I lost count of how many times I transcribed phrases like, ‘suspect apparently fell on pavement’ or ‘suspect hit head on top of police car’ or ‘suspect lost a few teeth after we cuffed him and lost hold of him’. There was even a guy known for going through pairs of boots at an alarming rate due to the amount of people he kicked with them.  But most of the reports weren’t like that and the reports that were, I told myself were reports in which ‘bad guys’ got hurt. So what? Right? Does anyone really care if an accused rapist gets his ass beat by cops?

I learned that there are basically three kinds of cops or at least three primary motivators for cops.

There are the Boy Scouts. These are the Captain America sorts who genuinely want to help and embody the spirit of protecting and serving their community. These are what people tend to think of as good cops. If you have to personally deal with a police officer, this is the guy you want.

There are the adrenaline junkies. These cops joined the force because action movies made being a cop look like an adventure and what other job puts you right in the thick of it like being a cop? These are the cops who love a foot chase because of the unwritten rule that if ‘you make us run, we make you pay’. They love a car chase too. Anything that gets the blood pumping. These guys can go either way and it’s largely a personality thing as to whether or not they’re going to end up being a positive part of the police force.

Then there are the bullies. These are assholes who picked on other kids growing up in school and quickly learned that the only way to keep picking on people is to get some authority. These are the guys who will bounce your head on their car. They’ll take your license and not give it back just to fuck with you. They’ll arrest you for domestic violence and ask your wife out. They’ll make sure your arrest comes with at least a little bit of pain. These are the last kind of cop you want personally dealing with anyone you care about.

If you’re a Boy Scout cop, the worst part is you’re likely doing your job in a way that benefits the community but never makes the papers. The result is that the public thinks that you’re all bullies because wild dogs make more noise than domestic ones.

Before it appears that this is just me telling you how great cops really are, understand that I said all of that so that I can say the next part with what I feel is a fairly informed opinion on the topic.

For the most part my defense of police officers and police departments can be seen as essentially #NotAllCops. This is a weak argument because ‘not all cops’ means ‘some cops’.  And if it’s your loved one lying dead in the street with bullets in him from a police issued gun paid for by your tax dollars and the only reason he’s dead is the color of his skin, saying ‘not all cops’ isn’t helpful. In fact it’s cruel. So what if not every cop is willing to murder an unarmed black man just because they can. The fact that any one cop would is unacceptable. It’s like having 1% cancer.

Unfortunately it is more than one bad cop. Over 1,000 people lose their lives to police bullets every year in this country. The Black Lives Matter movement was the result of an epidemic in lethal run ins between people with brown skin and the police departments across this country. It’s a simple slogan asking for the simplest of rights. A right that any true conservative should care about: the right to life. This is why NFL players take a knee for the anthem (contrary to what you might have heard from Fox News or the White House). It’s the simple idea that when the police show up, they’re there to help everyone because black lives matter too. Sadly that is far from the reality we live in.

The problem is that the actions of police departments across this nation show again and again that black lives do not matter to police departments. In fact, this is where everyone seems to agree. The systemic racism of police departments throughout America is so well known that in Charlottesville, three of the most popular flags the Nazi thugs marching in the street flew were the Nazi flag, the Confederate flag, and a black and white flag with a thin blue line representing the police.  The combination of African Americans being killed by police, actual Nazis infiltrating the police force, and officer after officer getting little if any punishment for killing people of color has made it practically impossible for one to differentiate between those who fly the thin blue line flag who are just supporting the police and those who would feel at home in Hitler’s Germany.

Much like how so much of our news media has been corrupted, the same can be said of our police departments. Just as we need good journalists we also need good cops. The answer cannot and should not be that there should be no police whatsoever. Such talk is anarchy and while I know anarchy has its fans, I’m not one of them.

This is why though I am an atheist I take the ‘love the sinner, hate the sin’ approach to police departments. I like the idea of police, but I hate how they’re going about it. Those who hate cops make perfect sense to me now. I don’t hate all cops. I hate the bad ones and applaud the good.

I want to share a bit of a thought experiment. Imagine having such a sense of civic duty and righteousness that you want to risk your life on a daily basis genuinely making your city a better and safer place in the most direct way possible as a police officer in your town. Now imagine being that person and having to deal with the modern day militarized, gung-ho, racist occupying force mentality of the modern police department in any sizable city. Not every cop is experiencing that. Some are there for all the wrong reasons. But some are exactly those guys.

The last thing I want to say is to any cop reading this is that you stop being a good cop the second you let a bad one keep hurting people you’re supposed to protect and serve. I know speaking out against fellow officers is dangerous both from a career and personal standpoint, but I was under the impression you joined the police force to risk your life for what’s right. Do that. Be the hero I looked up to as a kid. It’s the only way things get better.

If the name Jack Cameron sounds familiar to our GCM readers, it could be because Jack wrote an article for our sixth print magazine about the high number of homicides in our city in 2019. He continues writing on that subject and more about what’s happening here on TacomaStories.com. You can also find his writing at JackCameron.com. 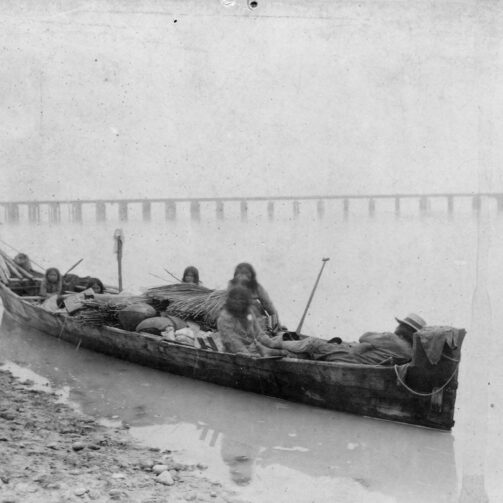