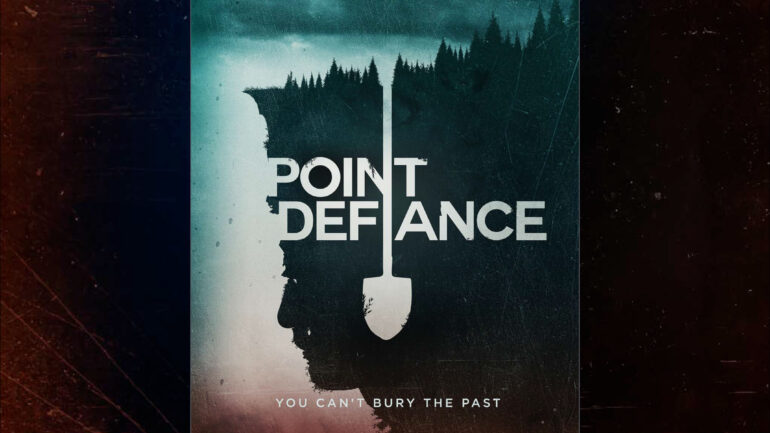 Here’s the Story Behind the New Point Defiance Movie

Our beloved Point Defiance has made it to the silver screen! producer Mark Sayre, coupled with the co-writing talents of Justin and Timothy Foia, have created a nearly 2-hour suspense-filled masterpiece.

I got the opportunity to pick Mark’s brain about the ins and outs of the film, and the overall work put into it.

What was shooting the film on Vashon Island like? What were the advantages and challenges that location presented?

Mark: It was a pretty remarkable production as far as any independent film I’ve ever been involved with goes, and part of that is probably sentimental since I grew up on the island. Everybody involved stayed in hotels or Airbnb’s on the island so it felt like we were a little film army or family. Plus, summer in the Pacific Northwest is so beautiful. I’m grateful for that.

As far as challenges go, whenever you shoot out of Los Angeles you have to bring in all that gear, you know? Plus, if we needed more gear, we were separated by a ferry ride. We also had a bit of a budget constraint, but something like that forces you to be creative. Personally, I enjoy the challenge that a financial limitation may pose because it causes you to find very unique ways to get the job done.

I think that a lot of people consider Washington home to a lot of scary people like the Greenriver Killer and Ted Bundy. Despite this, I haven’t seen many (if any) horror films come out of the Evergreen State. How did this story come to be set in Point Defiance?

Justin and Timothy wrote the story with the Pacific Northwest, specifically Point Defiance, in mind. I’ve always thought the Pacific Northwest has been underrepresented in film to a large degree, which is tragic because the natural beauty is going to waste and there’s a lot of potential. Not just in Washington, but in the entire PNW.

The house Peter lives in is particularly striking. Do you think that was crucial to the aesthetic of the film? What’s the story behind how that house was chosen for the film?

That’s another added bonus of the budget constraint we had; we had to create the story around one location. With that in mind, Justin [Foia] and I knew that we had to find ways to make that location seem bigger than it actually was. Luckily, the house that Point Defiance was shot in is my family home. The eight acres it provided gave us a bit of latitude and the barn helped as a narrative device, because we were able to designate that as like the “bad place.”

I think that with any film that is shot in one spot, that location inevitably becomes another character. It is important, I think, to find a property, location, or home that feels bigger than it is, but also has some sort of inherent production value. We really lucked out with the property and saved quite a bit of money.

I thought it was great that Alex, the main character, was on house arrest. Not only narratively, but because anyone who watches this is probably going to feel like they’re on house arrest because of COVID-19. Was that planned at all?

Total happy coincidence! We definitely tried to take advantage of that on our social media. One of the silver linings of releasing it now is that it just happens to have some topical glue.

How did you come to be involved with the project?

I lived in Los Angeles for the better part of 15 years. I actually just moved my principal residence back to Vashon Island. But I met Justin back in maybe 2010 or 2011. I was introduced through a former classmate and filmmaker, Nick Perlerros. Nick had mentioned to me a different product that Justin and his brother Timothy had written, which we ended up working on together. I really enjoy Justin’s writing style.

Fast forward a couple years later, Justin and I formed Lexicon, our current production house. We’ve focused on trying to do films under the million dollar level, and this was the first go at that. This film is basically an answer to that challenge.

How long did filming take?

This is probably one of the most remarkable things about the production because we shot the entire film in 11 days. Typically we only shoot 5 pages of a script a day, so usually the shortest amount of time it takes is about 18 days, and at most 30.

The speed is a testament to the entire cast and crew because everybody was game to take on that challenge. The actors were on top of their lines and were just ready for their scenes. People just knew what to do to execute.

I noticed a dating profile in the film had Tacoma listed as the woman’s location. What are some of the other ways you worked the setting in?

I think that if you’re from the Pacific Northwest, the name Point Defiance carries some weight because it’s a huge landmark in Washington. But I think something that’s interesting is that when people watch the film they’re going to be looking for all of these things that they can identify with in the Tacoma area. With the contained nature of the film, we had to work it into the little details. Things like the dating app they met Crystal on or the news.

A few of our social media followers commented about this being another movie that correlates PTSD with being homicidal. How do you respond to those who are concerned about that becoming common in movies?

It’s easy to draw that conclusion by just watching the trailer. But, if you watch the full film, you’re going to see that it makes a very unique statement about PTSD. It sort of turns it on its head. I think there is an assumption that is being made about soldiers and PTSD. The film directly tackles that assumption.

It’s a hypersensitive subject and Justin and I knew that we were going to have some of those concerns come up. It’s really easy to draw those conclusions before you even finish the film. We all do it. I would encourage anyone who feels that way to watch the film and see the statement it’s really making.

Do you have any other films planned that will be set in our area? Or are there any Tacoma/Pacific Northwest stories you’d like to turn into a movie?

We do! We’ve got at least one film in the pipeline that we’re planning to shoot in the Pacific Northwest, outside of the Seattle area. We also have plans for an episodic series, but it’s really too early to release any details about it.

I will say, though, that we have some really fun people attached to it and that we have plans to shoot all over the Northwest. It actually is related to your point earlier about all the serial killers from Washington. The show is going to be reminiscent of True Detective season 1 but with a female protagonist.

As far as other stories from the Pacific Northwest that could get the film treatment, there are tons. If something has its roots in Washington I’m all the more interested I am in shooting it. However, we’re trying to stay away from adapting real-life stories and just sticking to original content. Getting the rights to stories can be tricky and it’s usually the business of major production companies.

That being said, if it was something that was right up our alley that fit with the body of work that Lexicon has, I’m sure we’d be game.

Special thanks to Mark for taking the time to speak with us.

Point Defiance is now available via Vimeo and on DVD. Check out the film and then tell us what you think of the finished product by leaving a comment below. 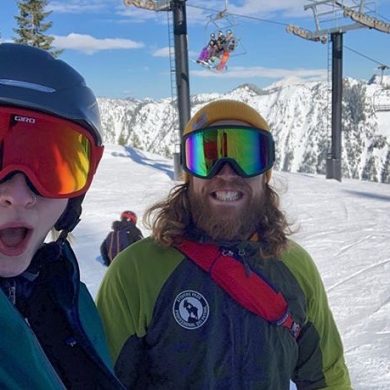 Tacoma’s Toughest Entrepreneurs Want You to Ski Uphill With Them