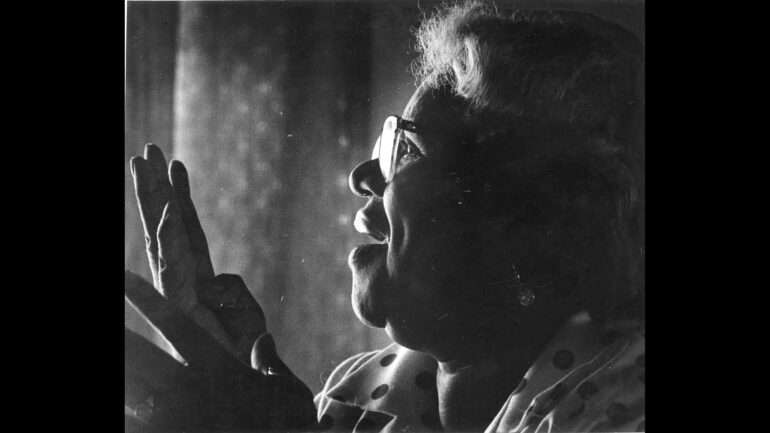 This Woman Was the First African American Born in Tacoma

In some ways, you could say that Tacoma has a long and complex history. In other ways, the earliest parts of our history can feel only barely out of reach. In 1968 Ethel Butler was identified as the first African American born in Tacoma.

Mrs. Ethel Butler holds a unique place in the history of Tacoma. On January 1, 1892, she was born Ethel Alberta Ury and is believed to be the first African American child born in Tacoma.

She lived here until her death in February of 1970. While growing up, she attended the old Lincoln grade school and Central School. She remembered fondly hayrides, playing on the beach and trips to Spanaway Park, but little or no racial tension. When interviewed by a News Tribune reporter, she said, “Segregation didn’t come to Tacoma until World War II. The shipyards came and changed all that.”

To put this into context, when Ethel Butler was born, Old City Hall was brand new and most of the sidewalks in the city were made out of wooden planks. Washington State was only three years old.

The first Black family had moved to Tacoma only nine years earlier. The father of that family, John N. Conna, was born a slave and had fought in the Civil War.

128 years sounds so long ago as to be entirely unrelatable. The important point of all this, though, is that it’s not.

If you think about it not in terms of years, but generations, that impossible span of time shrinks to only a few people. If you’re 60+ years old and you grew up in Tacoma, there’s a chance you knew Ethel Butler.

Her children may still be here or, at the very least, her grandchildren. All of those people carry pieces of her memories and experiences in stories. To be able to hear what this city was like back then, what it was like living as one of the first Black people in the entire city, must have been incredible.

The stories of marginalized people become marginalized along with them when history is written by those in positions of power and privilege. For that reason, it is absolutely vital that we preserve and amplify the stories that still exist.

Take time to listen to the stories of those who came before you, especially those who were oppressed and overlooked. And if you or someone you know has stories to share, we would love to hear them.