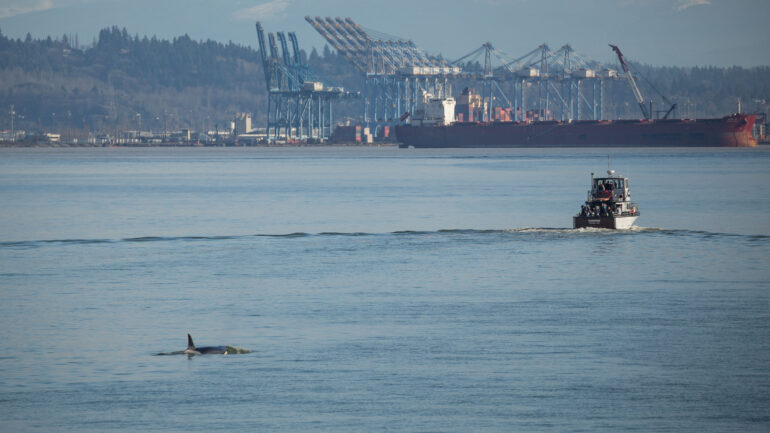 Did You See the Orcas in Tacoma Today?

Not only was the entire city of Tacoma out enjoying the sun today, but some visiting orcas decided to come hang out on the waterfront as well.

Around 2:00 Sunday afternoon two groups of transient orcas were seen passing Dash Point on their way down to Browns Point. The tide was exceptionally high and the orcas were close enough to be heard from the beach.

A small group of boats were following the orcas, mostly keeping their distance. A pair of paddle boarders were out on the water as well, not keeping up with the boats but seeming to intuitively know where the orcas would pop up next and beating them there. Unsurprisingly, one of the pair turned out to be Dean Burke of Tacoma and The Sea.

By 3:00 they were deep into Commencement Bay near the Tyee Marina. Crowds of spectators had gathered at the Dune Peninsula and were tracking the orcas with binoculars and telephoto lenses. Everyone was looking east waiting for them to come closer to Point Ruston when one of the paddle boarders yelled out, “You’re looking the wrong way! They’re coming from the west!”

They were also shouting at boats approaching too fast and close when, minutes later, three female orcas surfaced just off the shore of the Dune Peninsula. They had been spotted passing Point Defiance around the same time the other group was coming through Commencement Bay.

There were at least three orcas in one group and five in the other, including one large male and what appeared to be a juvenile. According to a post on Orca Network’s Facebook page, these were Puget Sound Biggs Transient orcas.

Local orcas are specialized salmon hunters but transients are mammal hunters. It’s impossible to tell if this made a difference but the local population of harbor seals, porpoises, and sea lions were keeping extra close to shore today.

Just before 4:00 a group of four orcas (probably the group that had been in Commencement Bay) made a close pass along the Dune Peninsula heading toward Point Defiance. They reportedly rounded the point shortly after but never made it down to Titlow.

If you’re ever fortunate enough to be out on the water when orcas are around, please be respectful of the safe speed and distance laws:

Find regulations/guidelines and how to report harassment at bewhalewise.org

Photos by Sierra Hartman except where otherwise noted 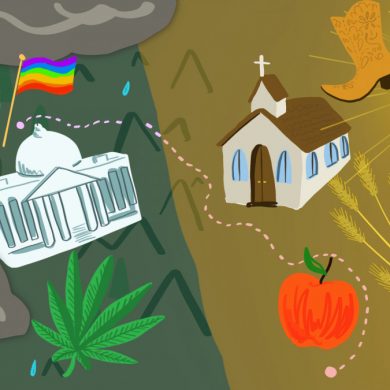 Kennewick to Tacoma: An Outsider’s Look at Western Washington