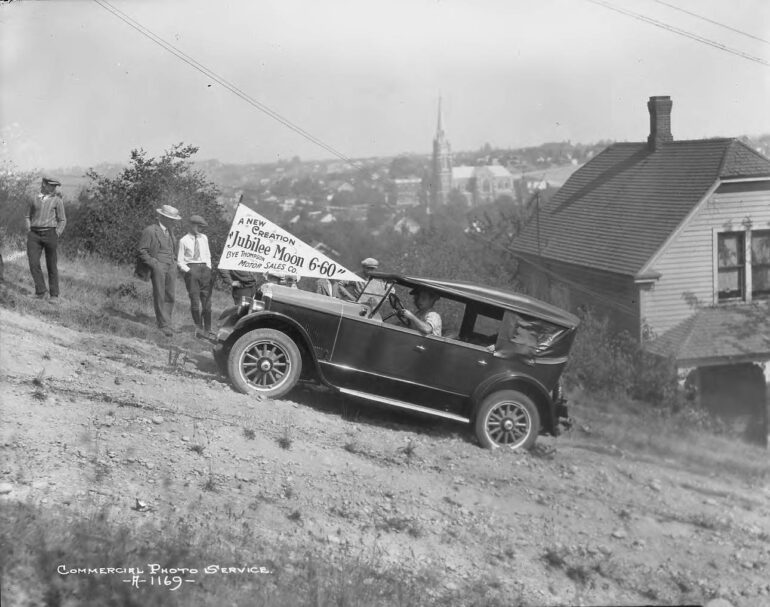 This Is How Hotshot Tacoma Drivers Had Fun in 1926

If you had a car in 1920s Tacoma and wanted to show off in front of other motorheads, you didn’t go drag racing through the port at midnight and you didn’t cruise it up and down Ruston Way. You took it to the K Street hill climb between 27th and Center.

According to a caption from the TPL’s Northwest Room, “The K Street hill climb, from Center Street heading north, was a popular place for testing both the skill of drivers and the strength of new automobiles. The steep, rugged road, impassable in wet weather, often refused to be conquered.”

The first automobile of any kind first arrived in Tacoma in 1899 when W.W. Pickerill ordered a 4 horse-power Locomobile for $750. Back then, people were impressed by the simple fact that it didn’t need horses to move. Fast forward a couple decades and people needed a little more excitement to keep their attention.

The hill on K St. (renamed Martin Luther King Jr. Blvd in 1993) rose 100’ from bottom to top at about a 28% grade. To put that into perspective, the steep section of 21st St. next to 7 Seas that constantly causes unintentional burnouts is only about 19%.

The hill was open until 1960 when the road was closed and traffic was diverted to J St. The tradition of hill climbing shenanigans certainly didn’t die then, though. If you were around Downtown in late September 2015 you might recall the scent of burning rubber when BJ Baldwin made a playground out of Downtown Tacoma with his 800 HP Trophy Truck. 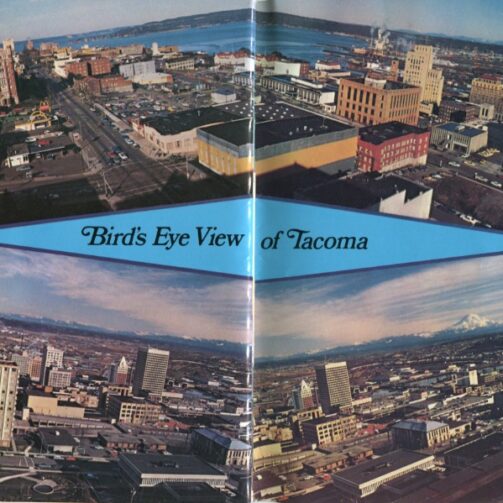 A Dose of Nostalgia From 1970s Tacoma