One quick glance at the pilings in the water along Ruston Way will tell you they’re deteriorating, but have you ever wondered how quickly they’re disappearing? It turns out satellite photos from Google Earth are a great way to get an idea.

Along with providing a place for guerrilla artists to install bikes, the pilings serve as a visual reminder of that area’s history. The following is an excerpt from one of our previous articles:

A century ago, Tacoma’s waterfront was a nearly unbroken string of lumber mills. The city was home to at least 38 of them, together churning out 100 million board feet of lumber every day. That’s enough lumber to build a two story house every 30 seconds, day in, day out. The ruins of many of these mills, some dating from the 1800s, are prominent features along Ruston Way.

One of the longest lasting, and most well known, was the Dickman Mill. Built in 1889, it stayed in business through the Great Depression until finally closing in 1977. Most of the structures were destroyed in a fire in 1979 and the remains have been slowly succumbing to nature ever since. One of the most recognizable lasting features is the 60 foot circular foundation of the wigwam burner, an enormous furnace built to consume the many tons of scrap wood produced by the mill.

Epvideo Creations recently made this up-close look at the current state of the pilings. In case you’re wondering, the underwater footage was actually from a river elsewhere in Washington. Still a cool effect, though.

Metro Parks Tacoma and The Department of Natural Resources have some big plans for the future of the Dickman Mill ruins and the rest of the waterfront but a lot of the plan is yet to be decided. More on that later. 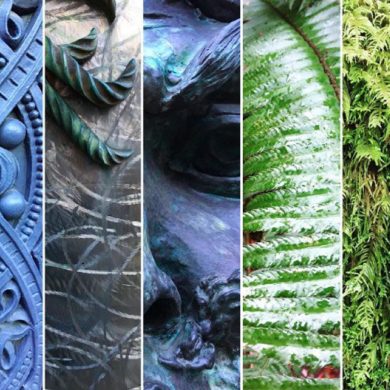 Can You Guess These Tacoma Spots Just By Their Textures?