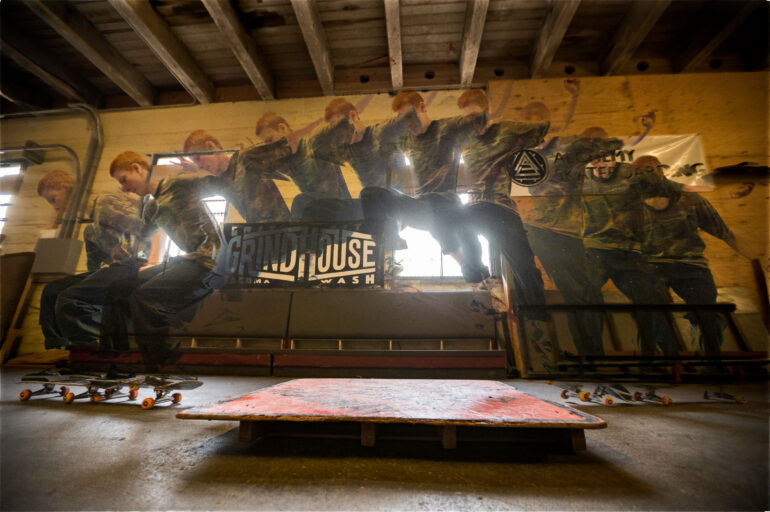 The teens of Tacoma’s court system all have one thing in common: they got caught. Otherwise, as Taylor Woodruff sees it, they’re just normal teenagers.

“The biggest difference I’ve seen in youth in those programs and the other youth is that these kids got caught because they had no support network,” he says. “Most of us are lucky enough to have parents that prevent us from making super bad mistakes or impose rules that make it difficult to do dumb things, or are just there to support you. Not everybody gets that.”

Taylor runs Alchemy Skateboarding, a skateshop-turned-nonprofit committed to bettering the lives of Tacoma’s at-risk youth through skateboarding. He currently runs five different programs through his shop, all aimed at empowerment, civic engagement, and fun. Fun, he points out, is a big deal, and something these youth don’t get much of.

“I think my favorite thing about that program is that it gives [these youths] a chance to be young people, to engage with fun activities, to play! I think that’s really important, and I think a lot of them didn’t have those opportunities, or missed out on those opportunities, and so, for me, that’s one of the most important things. Allowing them to de-stigmatize themselves.”

Taylor got his start in 2011, when he helped decriminalize skateboarding in Tacoma alongside Ben Warner.

“In skateboarding, to learn a trick, you see someone do it and it becomes possible. It’s the same way with everything else in life. So to see Ben decriminalize skateboarding, for me, was like, ‘you can make a difference in Tacoma.’ That became the momentum of creating Alchemy as a safe space where you can practice skateboarding, but also be encouraged to get involved in the community, push for changes that reflect your values and needs and wants, as well as pursuing educational and professional development.”

Skateboarders, admittedly, have a bad rap. They’re punks. They’re loud. They destroy things. But this stigma is what attracts the youth Taylor is trying to help, and he sees it as a perfect tool. Skateboarding teaches how to fall and get back up. It teaches persistence and community. It also teaches, as Taylor calls it, “risk mitigation,” an important lesson for his students.

“It’s important to take risks,” he says, “Especially as a young person, but, as a skateboarder, if you want to learn a really complex trick, you work on the simple tricks first and build that understanding so that you’re not just taking a shot in the dark, you know? We use the skateboard as a metaphor for a lot of things. Like, ‘well you’re learning that trick, I watched you just try to huck the board over and over, but when we sat and broke it down into manageable pieces, then you’re developing coordination this way.’ That’s what you gotta do with these other things. That’s what you apply.”

This, unfortunately, is hard to explain to funders, and with its non-profit status, Alchemy relies heavily on donors.

“People want to say ‘what skills did this youth learn? How did you turn them into a hirable person?’ And it’s like, we can’t even begin to do that until they have a positive self image and don’t feel like they are ‘at-risk’ or ‘criminals’ or worthless. Otherwise, it’s a charade, where you ask them to do this dance for the funders that ‘I’m a responsible person now.’ But if it’s unearned, or unwanted, it’s not real. And that’s really difficult to explain to people. People want outputs… But, you know, you gotta give them a chance to see themselves in the light that they want to see themselves and figure out for themselves who they are and who they want to be.”

“We’re so lucky that the work we do has this thing, has skateboarding, that just naturally teaches how to support each other, community, determination, focus, grit, all of those things,” Taylor says. “And the fact that it’s fun? Come on.”

Head over to alchemyskateboarding.org to see how you can support them. 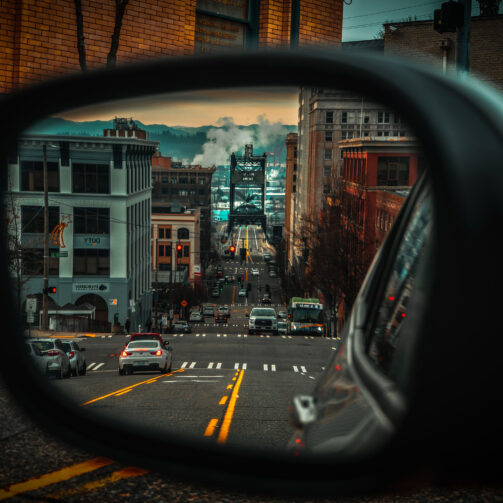