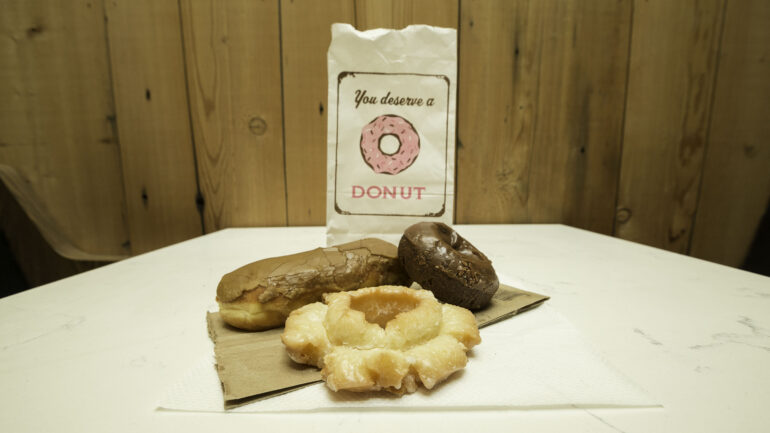 Who Makes the Best Donuts in Tacoma? A Nearly-Scientific Analysis

There are few culinary institutions in Tacoma that divide people more than donut shops. We haven’t met anyone with a Pao’s or Connie’s tattoo on their belly, but we’re pretty sure they’re out there somewhere.

Trying to convince someone that their favorite shop is actually not the best in town is about as easy as convincing a Seahawks fan that the 49ers aren’t that bad after all.

However strong your convictions may be, how confident are you that you’d be able to identify your go-to shop in a lineup? We wanted to know how the nine local shops would stack up against each other with the context of the shop removed. To keep things simple, we picked three of the most popular classic donuts to represent each shop: maple bar, chocolate glazed, and old fashioned.

Almost every neighborhood in Tacoma has at least one representative donut shop (what’s up NE Tacoma?) and the regulars who frequent them are as loyal as they come. Since we’re talking specifically about Tacoma, we chose not to include chain shops.

OHoD and Legendary have two and three locations, respectively, and they’re all pretty local so we gave them a pass. There’s also one weird little shop in the mall called Lil’ Golden Deli that we skipped. They only make mini-donuts and none of them were the kind we were testing. Here’s what we sampled from:

We also included a set from Fred Meyer just to make things interesting.

We chose 8 random taste-testers from a Facebook callout and invited them to Alma Mater (thanks for the free coffee BTW) for a mostly legit, kind-of scientific* study to find the best donuts in Tacoma.

Tasters were given a plate with samples of one type of donut from each of the 10 different shops. They were instructed to rate each sample on a scale of 1-10 based on flavor, texture, and overall donutyness. Here’s what the tasters had to say about Tacoma’s donuts before we got started:

When we did the callout on Facebook, we got some interesting data. Out of 82 responses here’s how the shops ranked as far as crowd favorites. Some people said “none” or named a non-local shop:

And now, once and for all (or at least until you all lose your minds in the comments), here are the best donut shops in Tacoma along with their total scores (out of a possible 240):

Maple bars, old fashioneds, and chocolate glazed are some of the most popular donuts anywhere you go. Ranking these on an individual basis yielded some interesting results (scored out of a possible 80):

It takes time to tell stories about Tacoma, which we wouldn’t be able to afford without the support of local businesses. A huge thank you goes out the Tacoma Art Museum for their support. If you haven’t yet had a chance to check out their Bart at TAM exhibit head on over. It runs through the end of 2019. 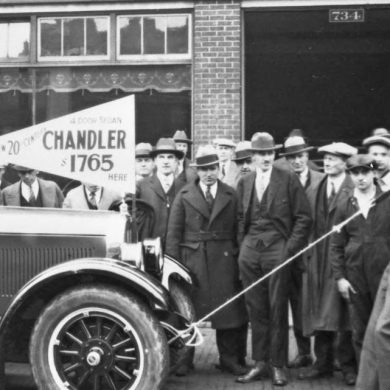 May We Have Tacoma’s Attention, Please?