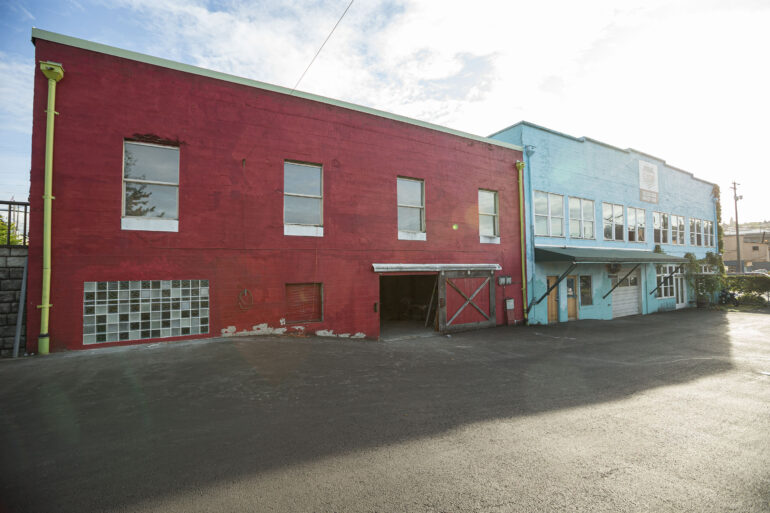 Photos by Sierra Hartman
and courtesy of the Tacoma Public Library

Hot damn, we’re having a party! You don’t have to come to it, but it’d sure be a lot cooler if you did.

Think of it as kinda like the Tacoma magazine you know and love joined in with an open house/studio tour/block party. ‘Cause that’s pretty much what happened. We’re temporarily taking over one space to make magazines and have some fun while the established businesses there welcome everyone to take a peek inside their doors.

Here’s what you need to know…

The 300 block of Puyallup Avenue at the intersection of East D st. Sorta down by the Tacoma Dome. You know Alfred’s Cafe or the shooting range? Across the street from those. It’s not too far, we promise.

It’s a historic area. In fact, 311 Puyallup Ave is turning 100 this month! As you tour through the businesses in this block keep an eye out for little bits of history still there.

There’s no big Tacoma Dome event that night, so parking options should be plentiful. There’s street parking (mind your time zones) and Tacoma Dome Station just to name a few.

We’ve got all the important stuff covered:

We’ll have some 7 Seas and Rainier beer on hand, plus water and sodas available. Be like the cool kids and bring your own reusable container so we keep paper cup use to a minimum!

This is where it gets good. So much stuff that we’re going to split it into two parts…

We’re making magazines! We’ll be stitching Hard Copy 5 (the latest issue out) and the “Bootleg Edition” of Hard Copy 1. Come by and see how they’re made. It’s pretty gnarly, and hands-on.

We’ll be in this rad space on the parking lot side. It’s the red building in the photos above. We promise it’ll look at least a little nicer once the party’s going.

Magazines and Posters: The first 253 people to purchase Hard Copy 5 (or pick up a preorder/subscription) will have the opportunity to print their own unique poster on a 1950s printing press with artwork by Joseph Brooks. If you’ve been to Wayzgoose, you’ll recognize this as the printing press used by Beautiful Angle.

Choose the watercolored paper you prefer, then ink your specific print. Joseph will be in the block throughout the night to sign prints, should you wish him to.

Curious who’s featured in the design? Here’s a quick list of the Tacoma animal legends we’re paying tribute to in this issue:

There’ll be all kinds of stuff up for grabs at our silent auction. A portion of the proceeds will go to the Tacoma Public Library.

The quick version of the deets:

All the other rad stuff:

So much we put it in a design.

We’re going to give a specific shoutout to Shiloh Threads. Inside their studio you can choose any of their four on-hand designs to print for $5 if you bring your own shirt/tote bag/hoodie/dog coat. One of the designs is celebrating our own “print isn’t dead” anniversary. Take note of that support column on the right…

Just in case you forget your shirt, Shiloh Threads will have blanks available for $20 (including print fee).

Do us a favor? Either drop a link to this article to someone you know, or share our Facebook event with your friends. Hope to see you soon! 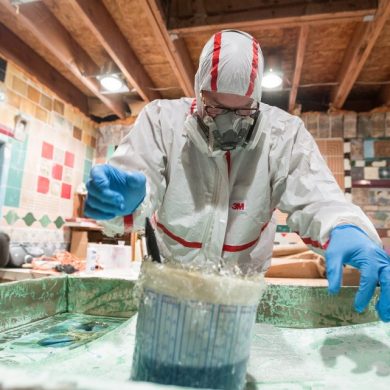 Life After Crawlrus: In a Tacoma Magician’s House “The TVs” Are Born