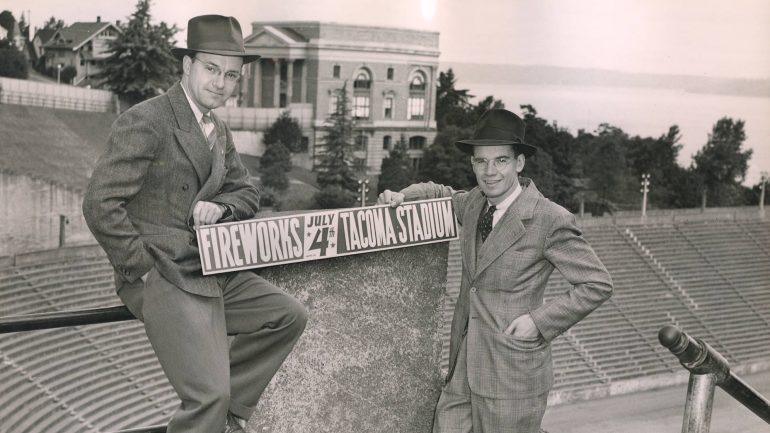 Tired of not having anything historically relevant to talk about in Tacoma on Independence Day? Boy, do we know how you feel.

1- Even in 1938, dudes were all about blowing up the biggest firecracker around. Mayor John Siegle was advertising that year’s 4th of July show at Stadium Bowl on the grass outside of the Elks Temple.

2- In 1924 Tacomans were still pretty hung up on the name Mount Tacoma, as evidenced by this fireworks display in Stadium Bowl. There was a solid movement back then to have it renamed and to require all local papers to refer to it as Mount Tacoma but, as you may have noticed, it didn’t stick.

3- One of the region’s most successful fireworks manufacturers was started shortly before the end of WWII by a 14-year-old named Pat Moriarty. Pat bought and resold a bunch of fireworks that had been confiscated from Japanese-Americans who had been sent to internment camps. The following year he made more of his own at his house with his mom and brother.

By 1953, when fireworks were banned in Pierce and King Counties, he had a solid following set up in Milton, one of the only cities where the ban was not in effect. The company was renamed Pyrodyne Corporation in 1973 and was in operation at least into the late ‘80s when one of their 5” mortar shells shot out sideways and blew up in a crowd at the Puyallup fairgrounds.

4- In 1958, the 4,000-car parking lot at the Villa Plaza (yes, it’s in Lakewood, get over it) was packed with spectators for the early fireworks show on July 2nd. Before the big show, though, the owners of the strip mall dropped thousands of ping pong balls strapped with gift certificates on the crowd from a helicopter. Because nothing says savings like thousands of plastic balls raining from the sky.

5- If the lighthearted stuff just isn’t your style, you’ll also want to remember the streetcar disaster of 1900. Tacoma was throwing a huge party with an estimated 50,000 in attendance. At 8:00 on the morning of the 4th a streetcar had started picking up passengers in the Edison Neighborhood (now South Tacoma) and was headed toward Downtown.

By the time it got to the trestle near 26th and C Streets (crossing what would now be South Tacoma Way) it was overloaded and unable to slow down for a downhill curve. Some people jumped off but a number were trapped inside the car when it fell off the tracks and crashed into a ravine 100 feet below. In all, 43 people died and 65 were injured, some losing limbs. The Tacoma Railway and Power Company shut down the trestle shortly after. It was torn down 10 years later. 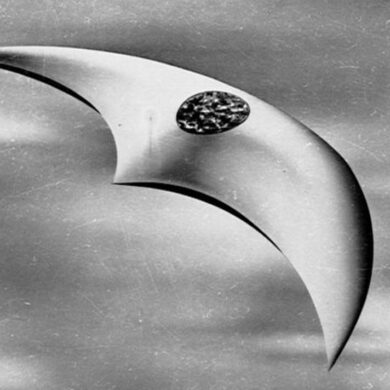 How Tacoma Gave the World the Flying Saucer