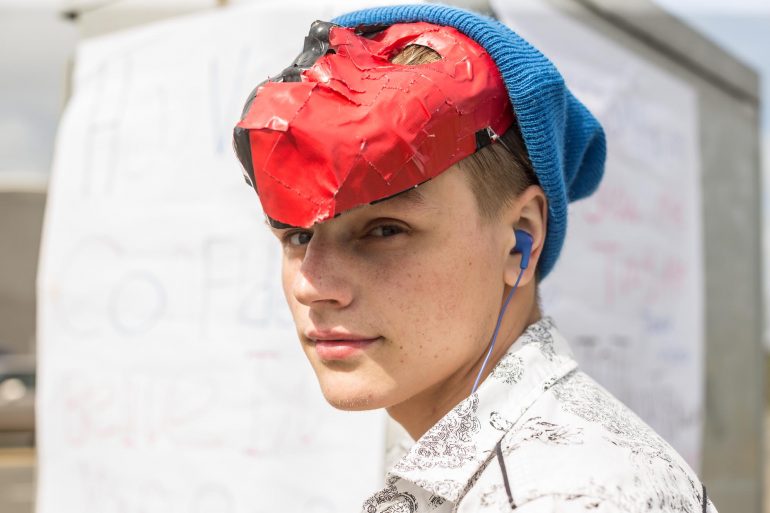 If you’ve driven through the intersection of 6th and Pearl in the last few weeks there’s a good chance you’ve come across a masked dancer doing his thing. Occasionally that includes performing on top of a utility box.

We caught up with the teen behind the mask, Ryan Arnold (@isthatryan253 on Instagram), to find out why he does what he does. He’s 17, a student at Wilson High School, and an aspiring artist who dreams of someday performing on The Ellen Show.

“It’s amazing how many people I make laugh and smile,” Ryan told us as traffic rolled by. “It’s awesome. The look on little kids’ faces drives me to keep doing it. People honk all the time, give me thumbs ups.”

Ryan is a senior who has early dismissal, which is why you’ll often see him out in the early afternoon. He works regularly too, as a sign spinner in Puyallup. He dances and spins for up to four hours at a time, which can be “tiring as crap, but it’s cool.”

He started dancing just two years ago, when he moved out of state with his father for a time.

“I had nothing. I had no friends. The only thing I had was my music. One day I was walking down the street and I didn’t even know how to dance. I was just giggin and someone honked their horn. After that I just loved the attention.”

There are a lot of supportive people in Ryan’s life, including family and peers—some of whom were slow to realize ‘that dancing dude’ was their classmate, hence his handle asking ‘Is that Ryan??’

Of course not everyone’s a fan. Some people drive by and flip him off. The police, not surprisingly, have asked him to get off the electrical box at least once.

It isn’t unusual to see Ryan dancing behind another mask (or none at all) as well as in other parts of town.

Graduation is in Ryan’s immediate future, then possibly a career in construction. That’s plan B, though. Pursuing his passion for dancing, singing, and rapping is his number one dream.

Ryan knows making it big is going to take some time, but he’s willing to dance everywhere if needed. As he wisely points out: “You can’t follow your dreams if you don’t pursue them.” 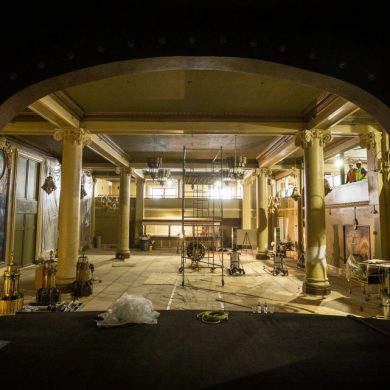