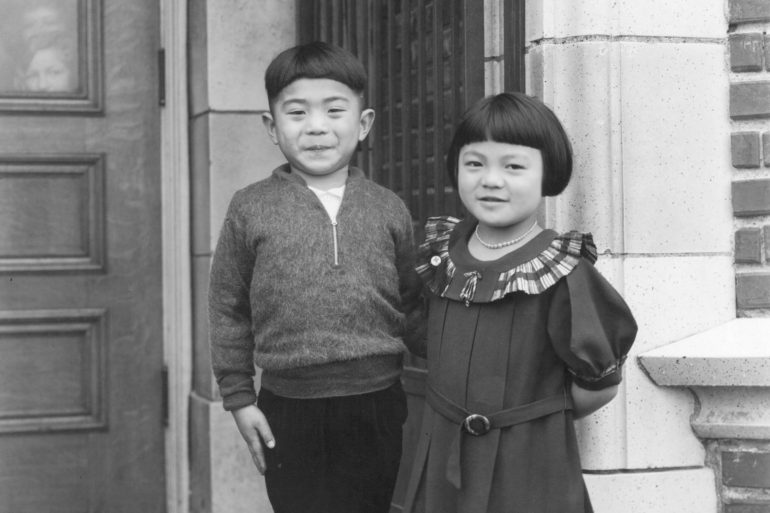 Tacoma in 1934 didn’t look as different as you’d think. Disregarding the dated cigarette ads and racist cartoons, showtimes for the Rialto theatre and political articles on how to lower taxes dominated The Tacoma Times.

The October 31st, 1934 issue of the paper, which went for just two cents in Tacoma, tells a story that still resonates today.

The Kumasaka family (of 1706 Broadway) took in Sweny Smith, an old man and former logger. Smith, a practicing Buddhist, had made friends with the Kumasakas. Eventually, when he grew old, the Kumasakas insisted he lived with them.

For eight years they cared for him, and in turn Smith took on the Japanese culture. He went to church with the Kumasakas, observed their holidays, and viewed their two children, Ruby (7) and Hisasha (5), as his own grandkids.

Smith was 80 when he passed away. He laid on his deathbed at St. Joseph’s, surrounded by the Kumasakas, and told the children that he was “going to the Great Beyond to watch over Ruby and Hisasha, to watch them grow and see that they led fine lives.”

The amount was completely shocking to the family and Smith’s friends. He was always a frugal man, one friend told the paper, but this was unbelievable.

With that, it seemed the futures of the Kumasaka children were set. However, not even 10 years later, Hisasha (and likely the entire family) was sent to the Tule Lake internment camp. Thanks to the policies of Tacoma’s militant congressman Albert Johnson, the Kumasakas returned to their Japanese neighborhood only to find it torn apart. Japanese residents could not own property, even before the internment, and the vacancies left by the camps were quickly filled. Tacoma’s Japanese residents returned to their houses occupied and their shops bought up.

The Kumasakas later relocated to Rochester, New York. Hisasha became a doctor. Smith’s charity, it seems, helped the family build a new life after having their old one ripped away.

Today, as our government continues to push immigration policy change, let us remember the Kumasakas, the charity of one man, and the countless families that never got a Sweny Smith. Today, let’s remember the importance of being good neighbors.

About the author: Shaun Parker is one of those California-deserters that you keep hearing about. He likes comedy, beer, cooking, and music. He’s a regular contributor to Flaunt Magazine, and has been featured in The San Francisco Weekly, Thought Catalog, and a few zines. You can contact him at shaun@shaun-parker.com.