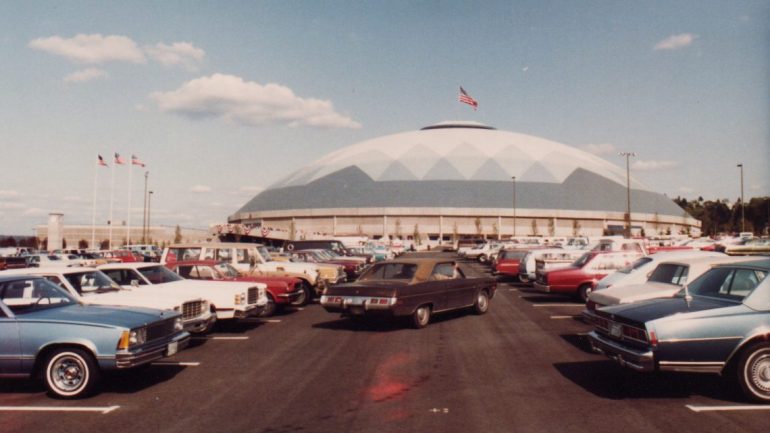 “Driving down I-5, feeling kinda witty/Takin’ in the sunshine, lookin’ at the city” begin the lyrics of a Tacoma Dome song not nearly enough people are aware even exists.

Recently we bumped into the carnivalesque ditty on Instagram, thanks to a post by @tacomamusichistory. Just a few days prior they’d published a short article that reads in part:

This novelty song, The Doma Tacoma, was written by local musician Arel Thomas and performed by The Kicks, a short-lived early-1980’s band, in honor of the opening of the Tacoma Dome in 1983.

As best we can hear them, the DomaTacoma lyrics read:

Driving down I-5, feeling kinda witty
Takin’ in the sunshine, lookin’ at the city
With my music on, and I come upon
A sight that’s somethin’ to see
Well it’s big and round like cakes on a griddle
Pretty blue dome it’s risin’ in the middle
And I rub my eyes, what a nice surprise
How proud the people must be

Well I got two tickets and I got my little baby, gonna take her down to the Dome, say maybe
For some rock and roll, or a country show, where they’re pickin’ and grinnin’ all night
And if you have some friends who wanna hold a convention
Wear their crazy hats and get wild not to mention
A rodeo, I’ll go ya’know, everything gonna be right at

What’s the one word in the chorus, though? Is it “jock” stars?

There are captions available on the Youtube video…but apparently they’re Dutch. No idea why. I’ll save you the trouble of going to Google Translate and typing that bit in and just show you what I turned up:

Seriously though, help us get the lyrics right? Let us know what you hear by leaving a comment below.

By the way, if you’re interested in more photos and history on the construction of our beloved icon, check out the article we did for the Tacoma Dome’s site. 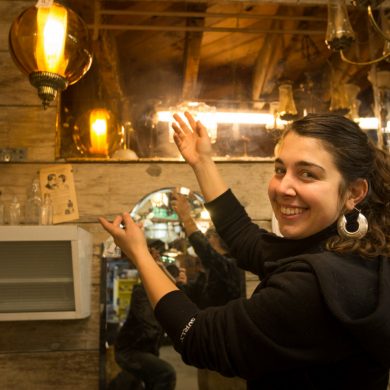