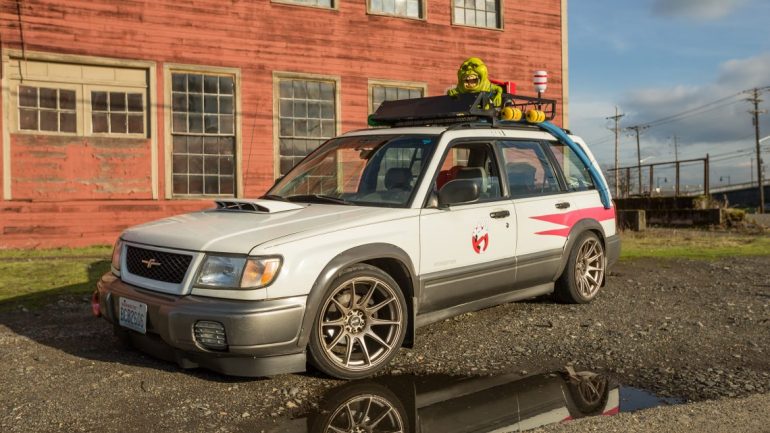 Curious About That Ghostbusters Car in Tacoma? Meet Rodo

Tacoma local Rodo Chinchilla has turned his car into a bit of prop magic. Next time you’re in UP or downtown, keep a look out for a full-fledged Ghostbusters Ecto-1 replica driving around.

“No one really knew what it was until I slapped the logo on,” Rodo says when he meets up with Grit City Magazine for a chat.

He suped up a 1998 Subaru Forester with a few knick-knacks: a dollar tree cake platter, a Rubbermaid box, and some caution tape from Amazon. Once the vinyl Ghostbusters logo was added, and a Slimer figure purchased from a Spirit Halloween store was put on the roof, the look was complete.

That’s how it started, at least. Now, he has a buttons to control flashing lights and a second radio attached to two tweeter speakers behind each headlight, responsible for playing sound effects and the Ghostbusters theme.

“My goal is to make some sort of switch panel,” he says. “I want to do wording too, so it says ‘Who You Gonna Call?’ and ‘We Believe You.’”

Why Ghostbusters, though? “It’s something I grew up with,” he says. “I was born in ’86. I liked the movies, I had the game, action figures, legos, the firehouse.”

Rodo didn’t pour this obsession into just any novelty car—this is his everyday ride.

“I take my kids to school in it,” he says with a laugh. “I carry a BBQ with me and I make my own lunch like everyday, and so those yellow canisters are Coleman propane tanks I use.” It’s why he went with a Subaru—he knew he’d be clocking some real miles in it.

Don’t underestimate Rodo’s car game for that. His Instagram (@harbinger_of_boost) boasts a 2002 Subaru Wrx and a 2005 Nissan 350z on top of the 1998 Ghostbusters Subaru. He’s a real gear-head, but there’s just something about Ghostbusters.

About the author: Shaun Parker is one of those California-deserters that you keep hearing about. He likes comedy, beer, cooking, and music. He’s a regular contributor to Flaunt Magazine, and has been featured in The San Francisco Weekly, Thought Catalog, and a few zines. You can contact him at shaun@shaun-parker.com.

Thanks to Clear Choice Cannabis for supporting Grit City Magazine. It takes time to tell stories about Tacoma, which we wouldn’t be able to afford without the support of local businesses. Next time you stop by their shop at 8001 S Hosmer Street tell them we said hello. 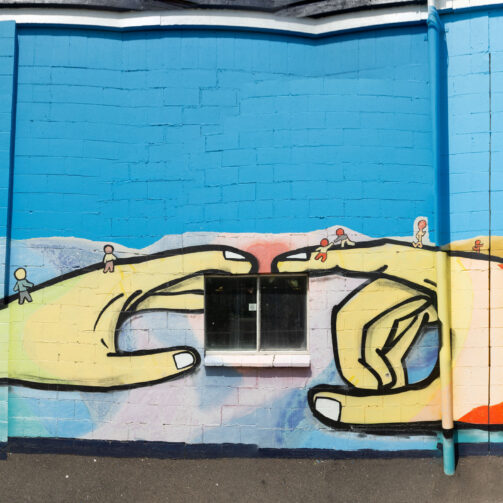