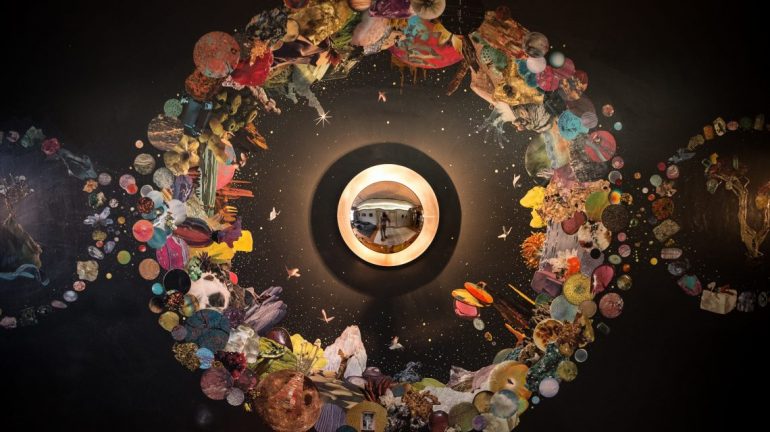 Working out of bars around Tacoma was fun for a while. However, having an actual place to work that doesn’t involve closing out a tab at the end of the day has some definite advantages.

So when we found out that Alma Mater had a coworking space upstairs, we were intrigued. The Workshop, as it’s known, is somewhat different than other coworking spaces. It’s geared specifically toward artists and creative types with an emphasis on collaboration.

We’re all about meeting fun people and trying new things so we were pretty jazzed when they agreed to let us share the space.

So next time you’re hanging out in Honey sipping coffee or munching brunch, we might just be upstairs researching some obscure bit of Tacoma history, stitching together a couple hundred magazines, or arguing over the best way to tell some idiotic joke. There’s also a fair chance that we’ll be out at a bar somewhere. We’re still human after all.

If you haven’t been Alma Mater yet, allow us to introduce you to the coolest spot on the Downtown/Hilltop border.

Alma Mater occupies the old Carpenters Building at 1322 Fawcett Ave. From 1954 until 2011 it served as the home of the United Brotherhood of Carpenters and Joiners of America, Local #470, as well as a number of other local unions.

This is the building where Tami Trinkle picked up her paychecks while working on the Tacoma Dome. The former parking lot is now a small oasis for native plants along with a covered patio. The interior is, unsurprisingly, far sexier than its former union tenants envisioned.

The space is divided between Honey Coffee & Kitchen, Matriarch Lounge, and Fawcett Hall. The other half of the second floor is occupied by Mothership recording studio and the green room for performers in Fawcett Hall.

Years of work and painstaking attention to detail have paid off big time. The cafe and lounge are the kinds of places you want to bring your friends/dates to make yourself look cooler. The food is great and the cocktails are on point.

The concert hall is already one of the best venues in Tacoma and it’s only getting better. It’s been host to a number of killer music acts and everything from Lucha Libre wrestling to burlesque.

Alma Mater is also now the permanent home of the Tacoma Night Market. If you somehow haven’t heard of this yet, it’s time to pull the cotton out of your ears and get your ass down here.

The next one is December 22nd and, if the November event was anything to go on, it’s sure to be a great time. Even if you already got all your Christmas shopping done, it’s worth coming to see the live music, DJs, and, of course, us 🙂

There’s always something interesting coming up at Alma Mater so be sure to follow them on Facebook and Instagram to keep up with the latest happenings. 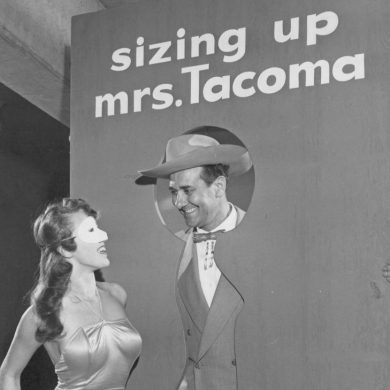 Here’s What It Took to Be Named the Perfect Mrs. Tacoma Housewife in 1955