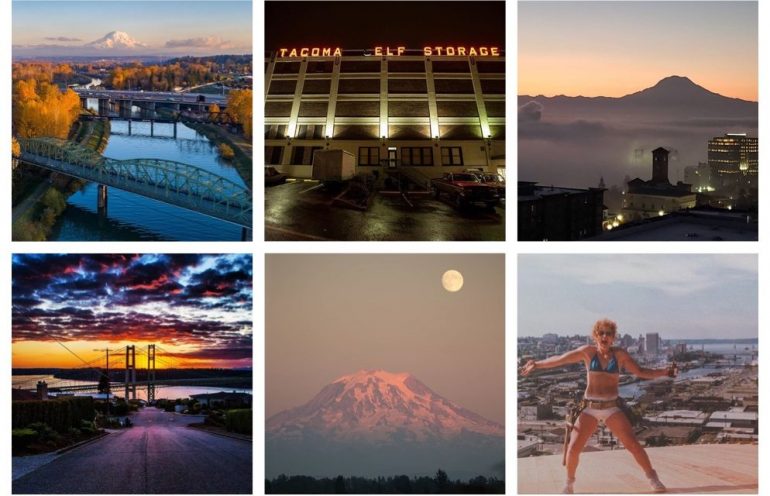 For starters, you’re all a bunch of suckers for photos of Mt. Rainier.

Apparently showing off your top nine Instagram posts at the end of the year is a thing, and though we do generally try to cut our own path when it comes to content it’d be a lie to say we weren’t curious. Take a look at how ours turned out:

Excluding the sweet story behind that first photo you can’t miss the pattern. In just nine photos there are four shots of Rainier, a double serving of the Tacoma Narrows Bridges, two Murray Morgans, and a smattering of other local bridges.

In case no one told you, Tacoma, you’ve got a type.

Since we here at Grit City Magazine generally can’t leave well enough alone, we then decided to look deeper. Would anything change if we went up to top 25 Instagram posts?

The answer is no (number 10 is Rainier and the Murray Morgan, if that point hadn’t yet been proven), but also, yes. There’s something else afoot here, as evidenced by the frequency of our recent posts in this grid.

Christmas lights, the downtown Christmas tree, a Christmas boat and Elf Storage quickly stand out as heavy hitters all from a single month.

Do Tacomans have a special place in their hearts for the holidays, or is this view of “most popular” skewed? Seeing as how we went from something like 2,000 Instagram followers in early 2018 to over 5,000 by the year’s end, it doesn’t appear this was a very fair fight.

Which kind of sucks. There was some really good shit earlier in the year those of you who didn’t yet know we existed (or were feeling stingy with your likes) didn’t show much love to.

In random order, because picking a loser of all of our content babies feels bad…

One: Check out local yogi Laruen Scolari posing in front of our (everyone’s) favorite bridge this past May. You should also see the shots of her by the Museum of Glass.

Two: The car. Specifically, the color of the car with that beautiful sky. Plus, of course, the history of the 253 sticker.

Three: “There’s Room For You, In Nearby Tacoma.” With the lowest power rates in the country and moving sidewalks, why wouldn’t you move 30 miles south of that place that shall not be named?

Four: Turns out one of our neighbor’s vans isn’t covered in just your average camo. Cheers to South Tacoma on the dick van, which was one of our most popular Facebook posts of 2018. Slow, slow clap.

Five: A peek at what was left after the fire at 6th Avenue’s Northwest Costume in 2018. In case you missed it, Frosty and the others turned up again in our Tacoma touring. The gang is currently being stored in the basement of 7 Seas.

Six: Let it be noted that “Tacoma enjoyed the 1939 Washington State Golden Jubilee celebration so much that the city decided to hold a Jubilee in 1946 that commemorated absolutely nothing.” For real.

Seven: It’s called a sun halo, and when the winter grays part to allow one through it’s pretty damn magical.

Eight: Ever wondered what happens to the remains of those unclaimed in Pierce County? Of course not. It’s not an obvious thing to consider, but all the same we felt very privileged to capture how they’re honored.

Nine: Draw “a” bridge, complete with doodle. Thanks for this delightful bit of jackassery, Tacoma.

Someone on this team has been curious about those Ruston Way bikes in the pilings. They’re also a fan of April Fools shenanigans.

That moment when you realize “Galloping Gertie” didn’t collapse, the deck just fell off…and someone had to go out and do an inspection.

Point being, if you’re not following us on Instagram or Facebook regularly you’re probably missing out on a lot of cool Tacoma snippets, whether or not they’re in a “top nine” spot. There’s good stuff in the articles here on the site, but even more goes out in fun nuggets straight to the socials.

Social media data nerd signing off until next year. Here’s to more mountains, bridges, and whatever-the-hell-else-Tacoma-bits-strike-a-chord in 2019!

Photos by Sierra Hartman, some sort of Best 9 app, a few great folks who’ve tagged us to share their Tacoma images, and the Tacoma Public Library. 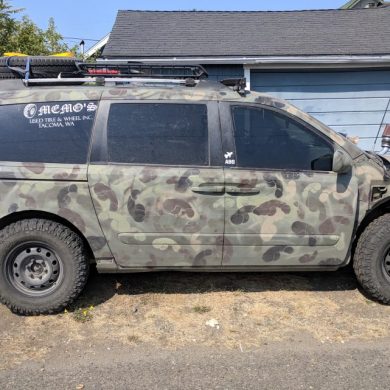