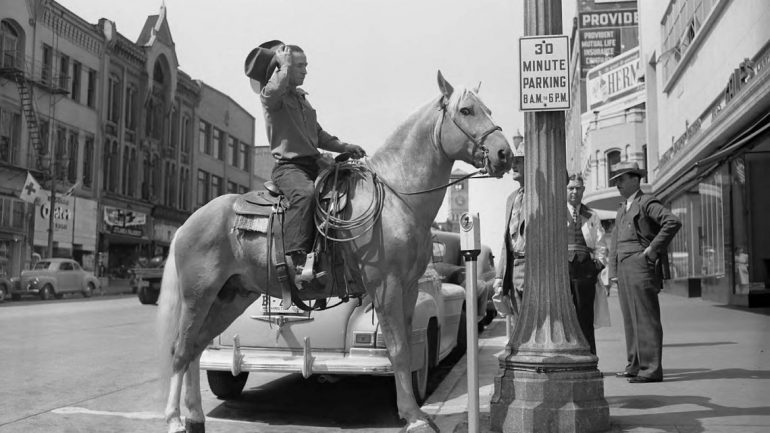 How to Avoid a Parking Ticket in 1940s Tacoma

Parking in downtown Tacoma wasn’t any easier in the late 1930s than it is today. In fact, that decade was filled with disputes between shop owners who wanted spaces to be available for customers and “parking hog” employees that stayed all day.

After years of fighting in city hall, 1,200 meters were installed during the summer of 1941. The initial downtown rate was five cents for 30 minutes, with the first five minutes free.

Frustrated with having received a few tickets, Al Wharton got creative and “parked” his horse on Pacific Avenue in 1942.

According to the Tacoma Public Library‘s online archives, “a passing policeman remarked that, if needed, he wasn’t sure how or where to ticket the horse. The palomino stallion had no license plate number or windshield wiper to hold the ticket.”

The City of Tacoma also struggled to deal with all the change they were suddenly bringing in. In July of that same year the Tacoma Times captured these images of the broken down three-wheel cart the parking meter attendants used to collect the coins.

It was the cart’s seventh flat in recent weeks, but due to the war no new tires were available.

Tacoma’s original parking meters were covered in 1976, and removed in 1977. It wasn’t until 2010 that paid parking returned, this time with the card and coin machines we’re familiar with today. 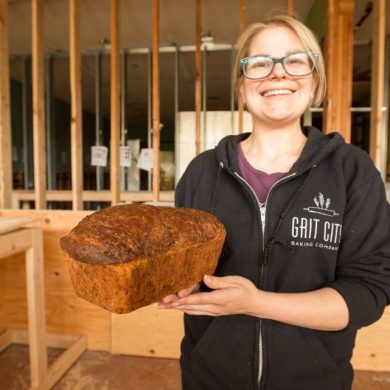