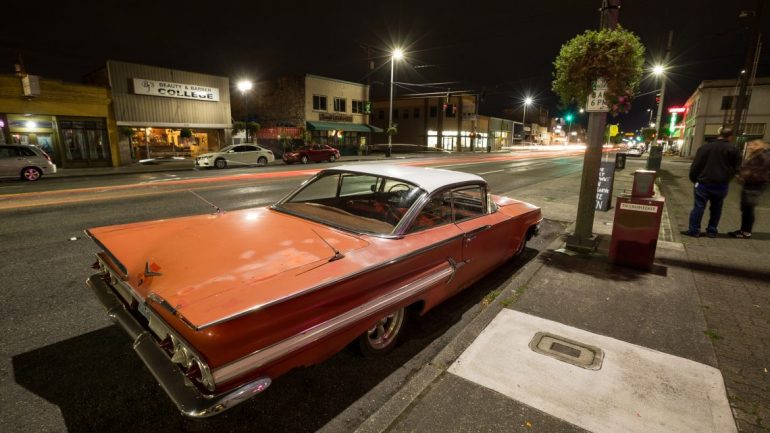 After Surge South Tacoma generously supported the printing of our first hard copy magazine, we met up with them to talk about their new digs on the corner of 54th and South Tacoma Way.

After renovating this 100-year-old building, Surge South opened its doors to those looking for co-working space in August.

At any given time you’ll find a variety of business-type folks working away inside, ranging from real estate agents to a YouTuber live-streaming from their private office.

As you may be aware, there have been a lot of changes around that strip of old Highway 99 in the last few years. Though there are still a fair amount of empty storefronts, in between the papered windows is a whole lot of cool shit.

The Mule isn’t messing around with their slogan “cheap drinks done right.” This place takes their namesake cocktail, the Moscow Mule, quite seriously, going so far as to brew their own ginger beer in house.

If you’re feeling adventurous tell Sam, the owner, or the bartender on duty you’re up for the cocktail roulette. They’ll work their magic to make you something unique.

Home to pinball machines, trivia, performances, and the occasional beard competition, The Airport Tavern was remodeled by new owners in 2017.

As one happy visitor recently put it in a review: “Airport Tavern is the sh*t! The entire staff are extremely rad and super nice! They remember my name, what I drink, and make a point that I always have what I need.”

Church Cantina is the latest addition to the area, having opened up this summer in what was previously the Ah Badabing pizzeria. Before that, the space was part of the smorgasbord and show combo that was Steve’s Gay 90s.

With a purple hearse parked out front more often that not, their new restaurant is hard miss. We hear good things about the Mojo pork bowl. Give it a shot and report back.

Yes, the rumors are true, you can buy rad Tacoma gear outside of downtown. Just next door to Makin Music Print and Design (contact for all your screen printing needs), you’ll find the ThunderDome shop stocked with shirts, hoodies, and more.

In the same building is also Real Art Tacoma, which is an all-ages music venue. Check out their calendar of upcoming events here.

If you’re the adventurous kind of shopper the Fabulous World of Wacky and Tacky is a dream destination. Inside you’ll find “rare creepy oddities and events that are intriguing and wonderful.”

FYI, the shop has “very mysterious hours, so be sure to message and set up a time to come out.”

Maybe it’s not every day you throw a dart at the flash art on the wall to get your next bit of ink, but when the time to go permanent does arrive South Tacoma Way has you covered.

Big, beautiful, and just far enough off the main drag to feel tranquil, South Park features gardens, play equipment, and a sprayground. This shady park includes a paved path lined by mature trees, which is part of the Water Flume Trail.

Also, South Park is known to be a great place to hunt for MonkeyShines around Chinese New Year.

Nestled alongside South Park is the Asia Pacific Cultural Center, which represents 47 countries and cultures. They serve as an interactive cultural crossroads between local and international communities.

Coming up on October 6, their Taste of Asia series will be focusing on Japan. In each class participants learn to cook traditional foods from featured countries. Check out their entire event calendar here.

Stop into Tacoma Shave Co. Barber Shop the next time you need a cut, drop the doggo off at Muttropolitan for the day, skip ordering online and have Northwest Impressions print your business cards/brochures/flyers, and sign the kiddo up for lessons at Metropolitan Ballet. Or maybe yourself. They’ve got classes for all ages.

There’s more coming to South Tacoma Way, too. The historic Real Art Theater, which we toured inside of this past May just recently sold. No word yet on what business will be going in there, but it has been announced South Bay BBQ from Olympia will be going in the old Opal Lounge space.

Thanks again to Surge South Tacoma for pitching in to get our first hard copy magazine printed. We wouldn’t have been able to make it happen without the support of a few local businesses. In turn we encourage you to get out to South Tacoma Way and show a little love to those making a go of it there.

Be sure to connect with Surge South Tacoma on Facebook and Instagram, as well as check out their co-working membership plans. 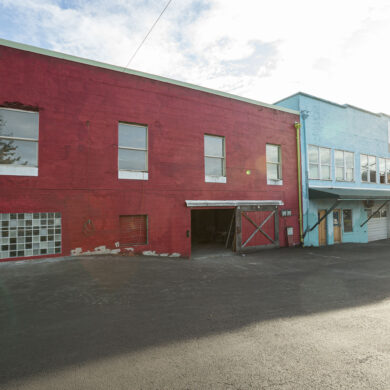