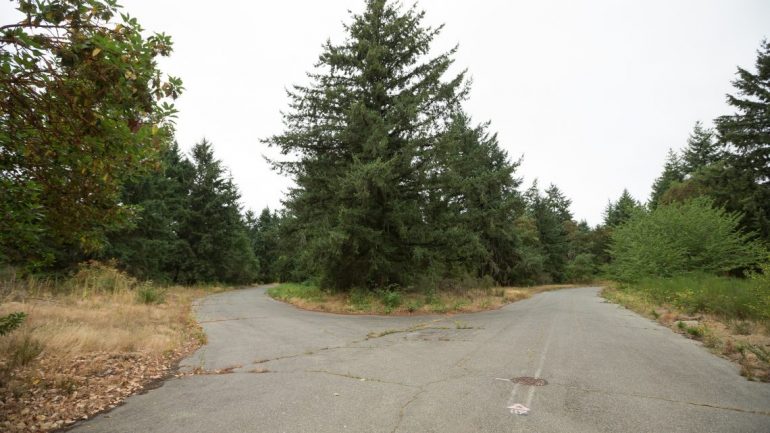 Have you ever wondered how long it would take nature to reclaim a neighborhood if everyone just got up and left? It’s hard to say how long an average house would last, but if you wiped the neighborhood off the map and left the ground bare, 67 years is, evidently, more than enough time to blend the land back into the surrounding wilderness.

We know this because that’s what happened to 700 houses in the Old Salishan neighborhood in 1951. Aside from the paved roads and moss covered sidewalks, the 50 acres of land near the east end of 48th St. bears very few signs that anyone ever lived here at all.

The neighborhood was once part of a massive 2,000-home housing project created in 1942-43. 1,600 homes were designed to be permanent while 400 were only temporary. They were built to house the tens of thousands of military personnel and workers moving to Tacoma as wartime production ramped up.

The main employers in the area were McChord Field, Fort Lewis, the Mount Rainier Ordnance Depot, and shipyards around Commencement Bay. With people coming in from all over to populate the new development, Salishan became one of Tacoma’s first racially integrated neighborhoods.

The land that would eventually become Swan Creek Park traded hands a number of times through the years. At the end of the 1800s the title to the land was given to John Swan, a member of the Puyallup Tribe.*

It was eventually sold off to a number of different buyers, including lumber companies who logged most of the cedars in the area. In 1942 the federal government bought 465 acres from Pierce County and other private owners and named the new development Salishan, in honor of the region’s native heritage.

At the end of WWII, the 400 temporary houses were demolished. Of the 1,600 others, 900 were converted to low-income housing in 1951. These were eventually torn down and replaced by the houses you see today. The 700 remaining houses were vacated one by one until that portion, now known as Old Salishan, was slated for demolition, leaving only the cross hatched roads behind.

For much of the ‘60s the City of Tacoma wanted to use the area as a landfill. The proposal was eventually abandoned after strong objections from Tacoma’s citizens. In 1968 there was a plan to convert the area to a mixed use park, complete with an 18-hole golf course and a swimming facility created by a dam in Swan Creek. In the late ‘70s, the vacant roads around Old Salishan were used by the Tacoma Police Department for simulated firearms and driving exercises.

The ‘80s and ‘90s saw massive changes to the land around Old Salishan. Trails were built, Swan Creek restoration cleaned up years of pollution and debris from nearby industry, and rumors of an epic mountain bike park were confirmed. All the while, the footprints of WWII-era houses were being replaced by thriving native plants, utility poles overshadowed by fir trees, and sidewalks slowly eaten by thick blankets of moss. In another few decades it’s conceivable that even the roads will eventually be broken down and taken over by forest.

*History is confusing sometimes. As it turns out, there were two John Swans who lived in the same area around the same time. One was a white settler and Indian agent who worked mostly with coastal tribes, one was a Puyallup native. Based on evidence uncovered by Justi Pfutzenreuter, we believe the later is where the name came from. 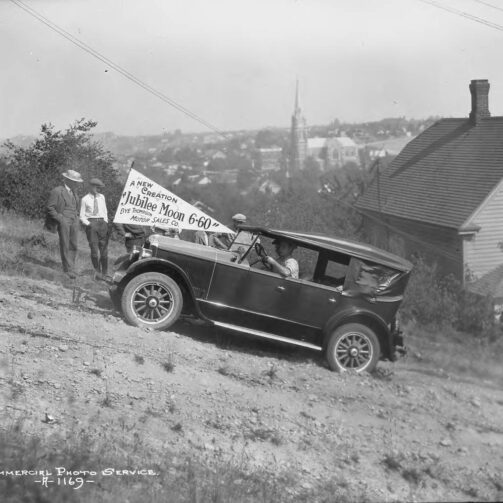 This Is How Hotshot Tacoma Drivers Had Fun in 1926