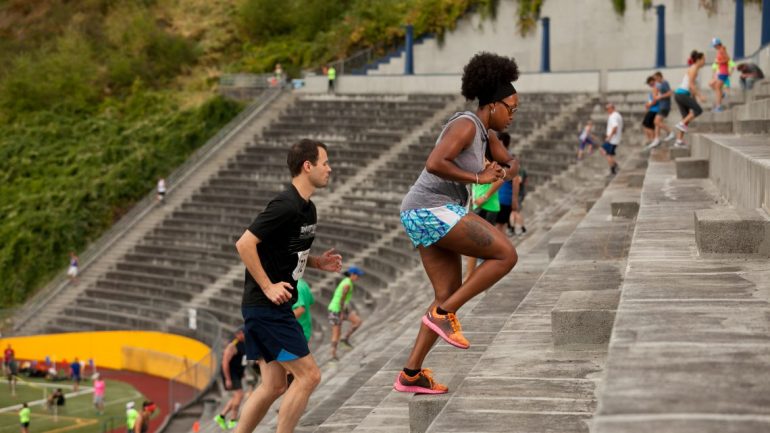 Who’s Ready to Run the Toughest 3/4 Mile in Tacoma?

There’s no other 3/4 mile in Tacoma quite like the deceptively short distance it takes to run the stairs at Stadium High School—all 1,628 of them.

Take a gander at the epic location of one of Tacoma’s most unique races, which goes by the name Unleashed at Stadium Bowl.

Started by Brian Nelson in 2011, Unleashed combines Grit City effort with shared struggle in order create bonds in the community.  According to Brian, that magic recipe works.

“In most races people run away and then come back,” he explained to us. “They don’t get to see the people going through the struggle. Here, everyone is a witness to the others. And the stairs make us all mouth-breathers. Everyone becomes invested in everyone else.”

But Unleashed isn’t only for them. People of all sizes, shapes and ages (as young as 8 years old) taken on Stadium’s stairs and conquer them.

In 2017, after six years of racers rising to the challenge, Brian doubled down. There’s now an option to run the course twice, for a total of 3,256 steps.

If you keep an eye out around town you might just see stickers of pride slapped on cars by those who’ve bested either the one or two-lap feat.

Along with being a challenge for the runners, Unleashed is a benefit for our four-legged friends. The race serves as a fundraiser for Kindred Souls Foundation, which provides sanctuary to abandoned, abused, and neglected cats and dogs of all ages.

If you aren’t personally up for taking on the stairs you’re still more than welcome to come to Stadium and cheer on the runners. Along with checking out one of Tacoma’s most epic locations you’re likely to leave feeling a bit more a part of our community.

As Brian put it: “To witness suffering without quitting is the ultimate inspiration.”

Images (unless otherwise credited) courtesy of Stephen Shimshock and Unleashed at Stadium Bowl, which you’re welcome to connect with on Facebook. 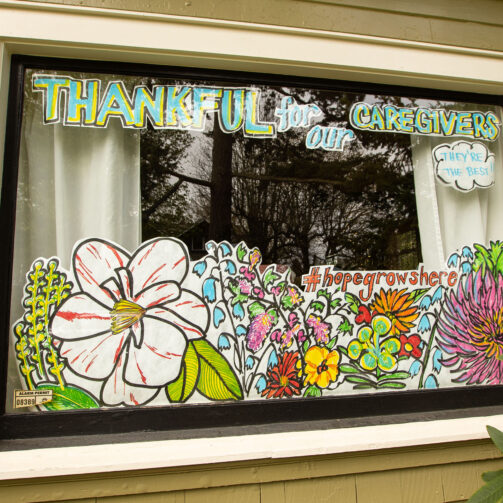