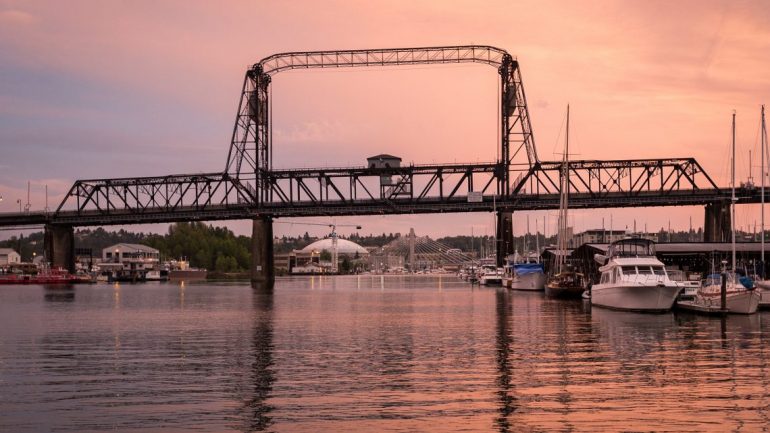 A while back we asked some of our readers what symbolized Tacoma in their eyes. While “Bikini barista stand” gave us a good chuckle, the most popular answer was the Murray Morgan Bridge.

Tacoma is full of symbols, some more obvious than others. The Murray Morgan Bridge was our easy favorite though. It’s been around for over a century and narrowly escaped demolition back in the early 2000s.

It’s not what most people would call “beautiful” but it has a distinction that puts it in a separate class altogether, concerned more with function and dignity than decoration and frivolity.

It was built over the City Waterway when the Sound was seen as little more than a convenient place to drain industrial waste. It was then refurbished and reborn along with the Thea Foss Waterway, emerging from the stigma of being the nation’s first Superfund waterway.

It literally bridges two distinctive halves of Tacoma: industry and commerce. The two sides of the bridge have changed a lot since it was built in 1911, but the themes have stayed very much the same. Pacific Avenue on the west is a thriving artery of business while the Port of Tacoma is a bustling hub of international shipping and industry.

The bridge was, for most of its life, known simply as the 11th Street Bridge or the City Waterway Bridge. It was renamed in 1997 after the celebrated Pacific Northwest historian, Murray Morgan. Murray was a bridge tender there in the 1950s where, in his down time, he wrote much of his book Skid Road: An Informal Portrait of Seattle.

David Nicandri, Director of the Washington State History Museum had this to say about him:

Murray might have held a chair in any of the distinguished professorships of history, but he reached more people on the subject of Northwest history than any other historian. People valued what Murray Morgan wrote.

You can read a collection of his essays on the Murray’s people page of the TPL Northwest Room’s website. 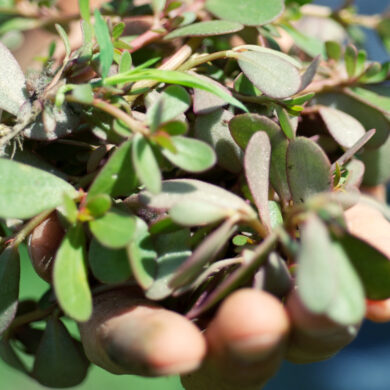 Wild Edibles Foraging: Don’t Knock It Until You’ve Nibbled It