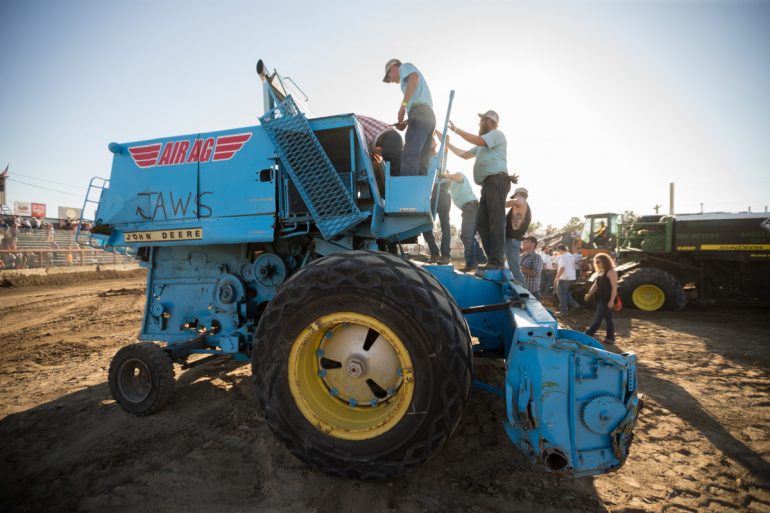 Get Out of Town: Photo Proof the Combine Demolition Derby is Worth the Road Trip

Every year on the second weekend in June, the small town of Lind in Eastern Washington triples in size and puts on one of the best shows anywhere around the Pacific Northwest.

Groups of five-ton wheat combines roll into a rodeo arena and smash each other to bits until there’s only one left moving. This is a demolition derby like you’ve never seen before.

You might be asking yourself right now, “WTF does this have to do with Tacoma?” Fair question. The short answer is “nothing.” BUT, we can’t have everything and if you’ve ever enjoyed a monster truck rally at the Tacoma Dome, you’re going to love this.

Through most of Washington’s modern history, there’s been a pretty stark cultural divide between Eastern and Western Washington.

People in Tacoma don’t often feel motivated to drive three and a half hours over the mountains to the middle of Wheatville, USA. And if you ask anyone around Lind, they’d be just as happy to see the Cascades crack down the middle and watch Seattle, Tacoma, and all the rest of the democrats float off into the Pacific.

But on this one magical weekend, east and west come together over a mutual love for loud noises, cheap beer, and dangerous motorsports. The whole experience is really as much about what’s going inside the arena as what’s going on around it.

The last time I was there, I brought a six pack of some microbrew to share with the pit crews and drivers at their after party bonfire. When I offered one the guy simply said, “Thanks man, but we’re good. We got a pallet of Keystone over there.” Not a case, not a keg, a pallet.

The town of Lind is so small it would fit within the boundaries of Point Defiance with room to spare. The town’s founders, the Nielson brothers, platted the town with the north/south streets sequentially spelling out their name. However, Lind only got big enough to spell out NIELSO. If you end up staying at the arena, you can easily walk across town to Slim’s Tavern to hang out after the arena closes down.

The party takes place over Friday, Saturday, and Sunday with different types of vehicles in a few different events. Aside from the combines, you might see pickup trucks, cars, and grain trucks. There’s a parade and a big BBQ in the park that pretty much the entire town comes out for. It’s a little bit different from year to year but it never disappoints.

If you’re planning on going, I can pretty much guarantee there won’t be any hotel rooms still available within a reasonable drive but if you call the people in charge, you might be able to get a last minute camping spot. For tickets and more info, go to lindwa.com. 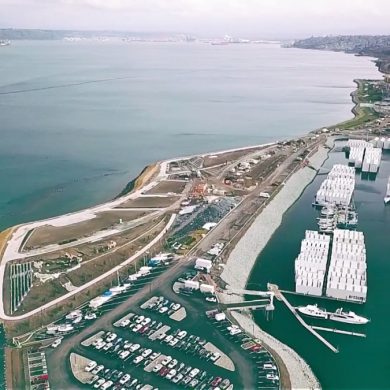