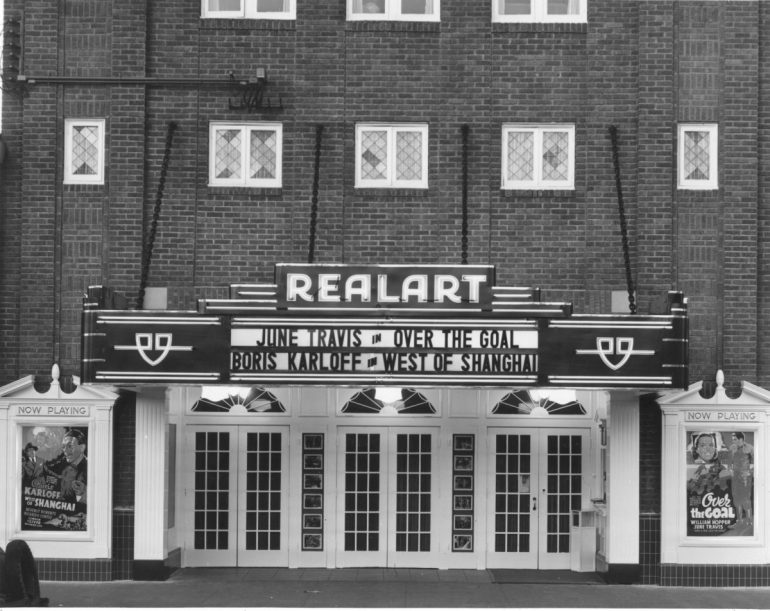 Just inside 5415 So. Tacoma Way you’ll find wall art from a Chinese restaurant, graffiti from the building’s medicinal marijuana growing days, a modern apartment, and a small glimpse of what was once the Realart Theater.

Built in 1919 by Radnor Pratsch (who, yes, went by “Rad”), the Realart opened its doors in 1920. Along with a pipe organ, the establishment was touted as Tacoma’s largest theater with seating for 500. Clever designers included a stroller parking area and a nursery with large windows that allowed mothers to watch the films while attending to their children.

According to Cinema Treasures, many patrons “remember standing in line for the Saturday matinee and watching the soft ice cream machine in the market next door to see when a fresh batch of ice cream was ready.”

The Realart Theater operated for 40 years before being converted to the Realart Square Dance Hall in 1961. A decade later, and one year after Radnor Pratsch’s death, the neighboring Golden Dragon Restaurant purchased the building to expand their business.

Little of the theater can be seen from the current main floor, though it’s possible the building’s original brickwork remains just behind the drywall facade. Peering above the drop ceiling reveals a peek at the original coved ceiling and screen area.

In contrast to the abandoned look of much of the building, a modern apartment sits move-in ready on the top floor, offering views of South Tacoma Way.

The Realart Theater is currently listed for $549,000 by Nathan Belo. Though numerous buyers have expressed interest in restoring the property and opening a restaurant or other business, it remains for sale.

We teamed up with Tacoma’s Pretty Gritty Tours for this visit to the Realart Theater. Check out their Facebook live video of the inside:

Images by Sierra Hartman and with thanks to Tacoma Public Library’s Northwest Room. 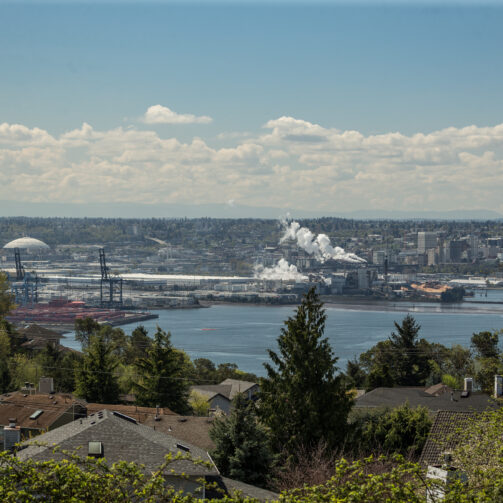 Exactly How High Can You Get in Tacoma? We Investigate