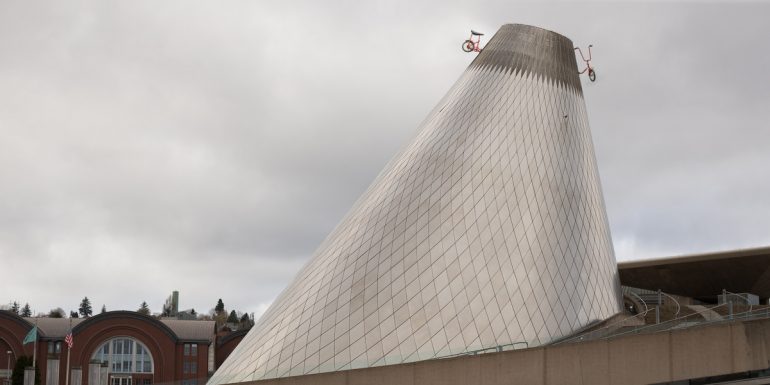 The phenomenon which was previously confined to the Ruston Way waterfront has now shown up in downtown Tacoma. Whether or not it’s the same person(s) responsible for the original guerilla art project is unclear. Whoever it is, though, seems to have stuck to the theme of mid-century folding bikes.

The bike stuck to the giant W on the UW Tacoma campus was painted to match the school’s colors while the others are fairly similar to the first pair on the waterfront.

The whole operation has always something of a mystery but how they managed to get up on the peak of the Museum of Glass hot shop cone pushed it to a whole new level.

Update April 2, 2018: Thanks for being good sports everyone. No historical monuments or giant Ws were harmed in the making of this article. We did push a few pixels around though. #aprilfools2018 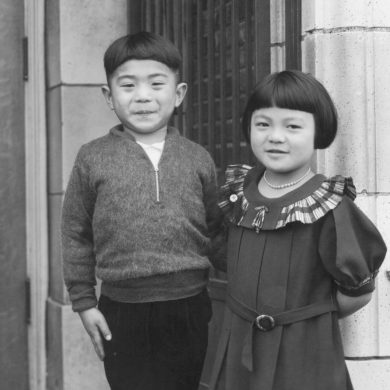