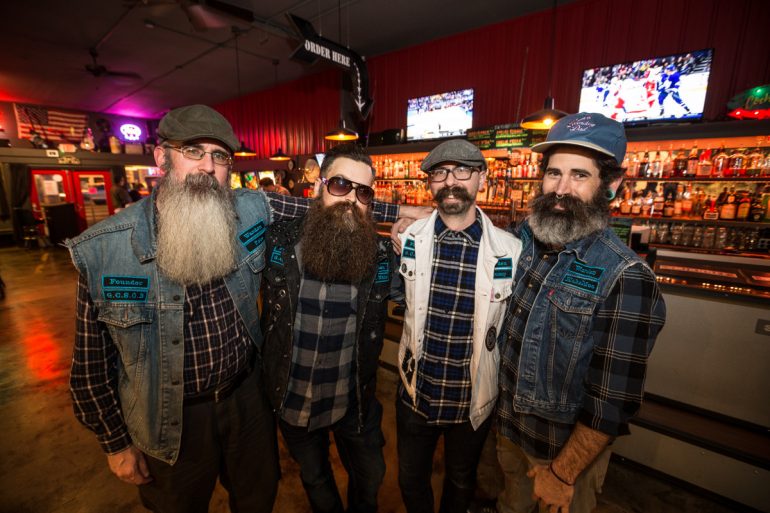 Spend any longer than a few minutes with the guys from the Grit City Society Of Beards and you’re bound to learn a thing or two about beards. They’re passionate dudes, full of knowledge on mutton chops, whalers, whiskerinas and beyond.

After photographing the crew taking home a handful of trophies at Odd Otter’s beard contest in December we sat down with them at The Airport Tavern, which is where they’ll be hosting the Freestyle Bearded Civil War IV on Saturday, April 7.

In layman’s terms that’s a Washington versus Oregon (though competitors from other regions are flying in as well) battle of styled facial hair.

Known for occasionally rocking a small and large mustache simultaneously, as well as a crowd pleasing walrus wiggle maneuver.

Famously drawn as the Pringles man.

Kitchen installer for a company with a strict grooming policy, but when you’re really good at your job you can get away breaking the rules.

Jumped into his first mustache competition with three days notice.

Taking on role of wrangler, getting-shit-done guy during Saturday’s competition.

General construction/burgeoning real estate mogul. Was turned down by multiple companies for employment because of his facial hair, despite being fully qualified, before finding his current harmonious fit.

Known for previously having two very long mutton chops, as well as being crowned crowd favorite at Odd Otter’s contest.

Though the Grit City SOBs all arrived with natural looks for our chat, the competition is freestyle (aka styling required) only.

Saturday night’s event is serious business. Top judges are coming in from three different states to preside over the Washington vs. Oregon event, though if enough competitors from other regions take top honors neither of our upper left states is guaranteed to take home the big trophy. With a number of entrants heading south from British Columbia, there’s potential Canada could even win our stateside civil war.

No beard to call your own? Have no fear, you can still get in on the action. Men who have no beard or a very short beard are welcome to take part in the “Build a Beard” category, and women can compete as Whiskerinas. The creative possibilities are endless…

The Grit City Society of Beards is open to welcoming new members, including those out there with little or no natural facial hair. You’re welcome to connect with them on Facebook and Instagram, as well as get more details and tickets to the April 7 showdown.

Pushed to give an elevator pitch to anyone who’s on the fence about attending the SOBs came up with these parting words.

Pots: “The people in the bearding world are so unique. You’ll have the night of your life, really.”

Blake Moo: “Do you like Toddlers and Tiaras? ‘Cause this is more like Truckers and Tallboys. I would watch the shit out of that show.”

We’ll be there taking photos and talking beards. A night in Grit City with Grit City Magazine and the Grit City Society of Beards. You can’t get much more Tacoma than that. 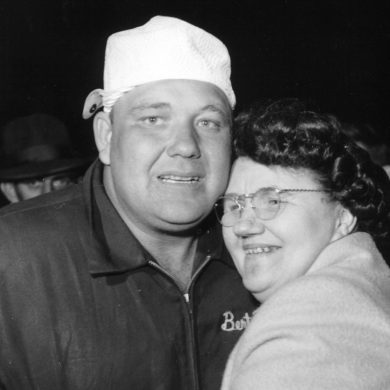