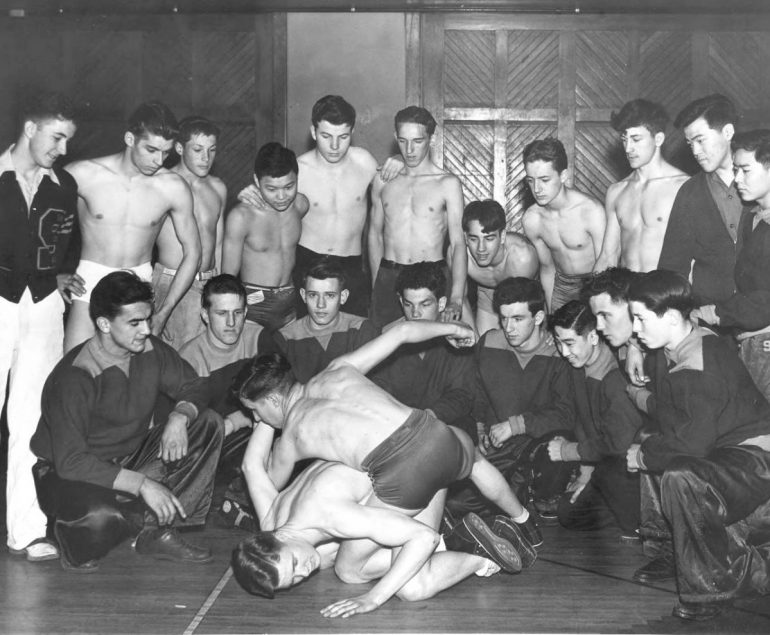 Spin the dial back on what Saint Patrick’s Day has been like in Tacoma history and you’re as likely to find a triumph as a tragedy. Here we take a look at bits of our past, ranging from the start of a tradition to an old-ass cat with no fucks left to give.

March 17, 1941: Stag Night for members of the University Union Club. Each member donned a chef hat to cook their own steak on the kitchen range.

As a part of holiday celebration the gentlemen enjoyed drinks, cigars and the company of costumed dancers.

March 17, 1934: the first Daffodil Parade rolled out from Tacoma’s Union Station. The parade this inaugural year included horses, bicycles, automobiles, and floats. The route proceeded uptown through Tacoma, then later through Puyallup, Sumner and Orting.

Mr. Arthur may have been despondent over his discharge from his job the day before. He was apparently not aware that his discharge was for the purpose of transferring him to California for a new position at one of the national tire company’s service stations.

The Arthurs had recently moved to the Tacoma area in September, 1936, from Los Angeles. Their daughters Mary Ann and Janet were students at local schools: Mary Ann at Stadium High School and Janet at Clover Park.

Prior to the killings Mr. Arthur phoned a mortuary, requesting a hearse and a pastor. His insurance and other personal papers were laid out methodically; he had also taken the family photographs out of their frames and burned them before his death.

March 17, 1961: A giant robot made of paper cartons is the focus point of the Lile Mayflower booth at the Tacoma Home Show. Visitors to the Home Show could register for toy vans and road atlases while checking out the sturdiness of the packing boxes.

March 17, 1940: A photographer attempted to catch a snap of “Toodles” the cat in honor of his 18th birthday. A stout 19 pounds, Toodles had lost his hearing and was beginning to lose teeth. It is noted Toodles was set in his ways and didn’t like his daily routine interrupted, especially interference with his afternoon nap.

His owner, Marion Asberg, decided to chance an uproar and woke Toodles up for the photo session. The cat would have none of it, however, and let his displeasure be known with snarls, howls and a twitching tail.

The photographer had to come back the next morning before Toodles ate and could therefore be bribed with food treats to sit regally on a mirrored oak buffet.

March 17, 1941: The Stadium High School wrestling team watched on as Bill Bodenhammer (top) and Don Ferris engage each other in a demonstration lock.

Stadium took the city title by winning five of their eight scheduled matches. In the state tournament they finished in third place, behind Fife and Longview.

March 17, 1934: German sailor Carl Lischke died in Tacoma, during the visit of his ship, the “Karlsruhe.” Sadly, the package lovingly sent to him by his fiance so far away contained tainted fish. Lischke died of food poisoning.

His funeral was at Mountain View Cemetery where he was interred. Members of Tacoma’s Disabled American Veterans, Post No. 1, pledged to care for his grave.

March 17, 1928: A crowd gathered outside the Auditorium’s ticket office to purchase admittance to the St. Patrick Mask Ball. As the banner notes, first prize would be awarded $25 in gold. 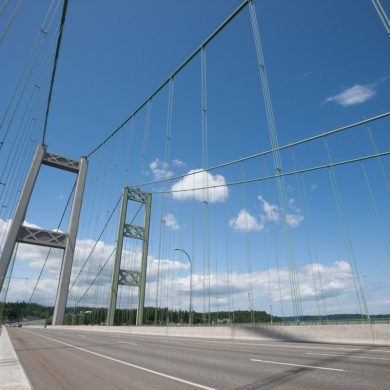