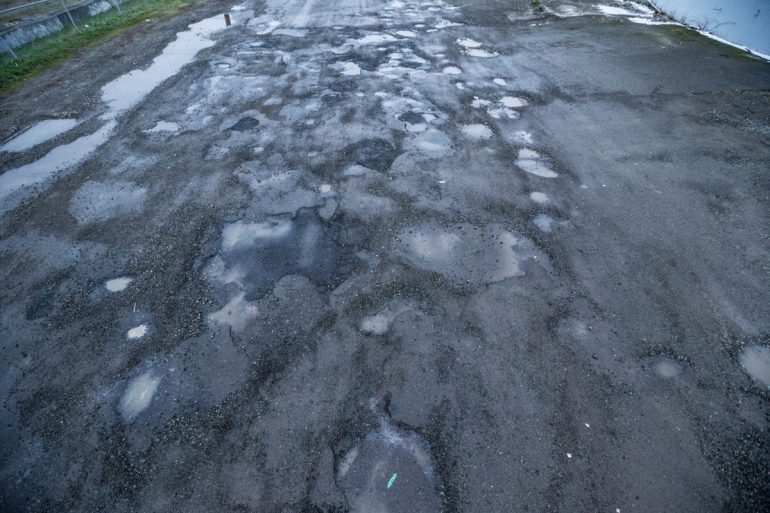 Think Your Potholes are Bad? Check These Out

The stretch of East 60th between McKinley and F St. is the worst road in Tacoma. Think there’s an even worse road? Post a picture and tag #worstroadintacoma.

People talk a lot about busted roads in Tacoma but this 500 foot strip of awful is literally more patch than road at this point. The potholes are so deep you can actually damage your chassis if you don’t navigate them properly. Its infamy is so widespread that, in years past, whenever there was a paving project elsewhere in the city that ended up with surplus asphalt, the crews would bring the extras here to dump into the potholes.

To make matters worse, the road has historically been heavily trafficked by large trucks, often making multi-point turns to access the warehouse and lumber mill located there. So why doesn’t the city just repave it? Because that specific portion of East 60th St. is the site of a small but long-standing feud between between the original owner of the Hillsdale Lumber mill and the City of Tacoma.

Basically, the city pointed to historical documents showing the land (including the road) as privately owned and expected the mill to pay for its upkeep. But once East Tacoma became populated in the early 20th century and the road became a regularly used thoroughfare, the mill owner insisted that it was a public road and thus fell under the city’s responsibility.

In the ensuing decades, the business changed hands, the original owner died, the mill lost half its property to fire, and the road was left in limbo. The property is now occupied by Resource Woodworks and Earthwise Architectural Salvage.

The land on the north side of the road that was once part of the mill is now owned by the Tacoma Housing Authority and is slated for a large public housing development sometime in the next few years. One would assume the road will eventually be paved once the development goes up but for now, the fate of Tacoma’s worst road remains mystery. 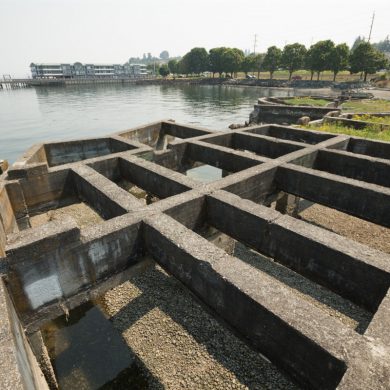 A Brief History of The Ruston Way Mill Ruins