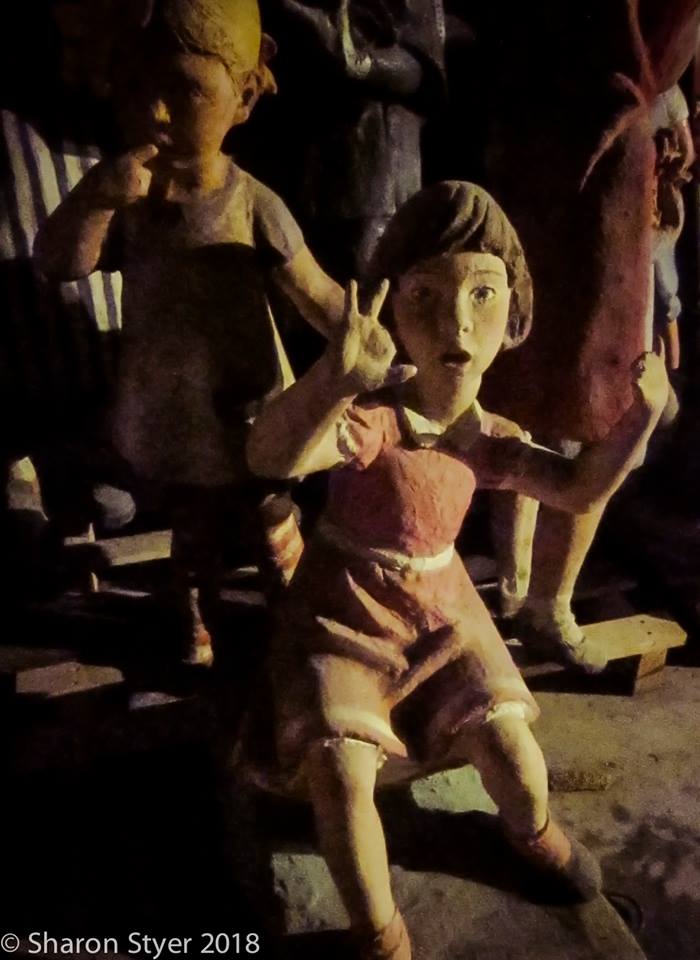 What Happened to Never Never Land’s Statues? Depends Who You Ask

In 2009 rumors began to circulate that Never Never Land’s statues were being stored in a secret underground location. Three years later Sharon Styer, a Tacoma resident who’d seen the storybook characters just before they all disappeared from Point Defiance, jumped at the chance to take a one-time-only tour beneath downtown.

She took her camera and captured these shots of (what appear very much to be) a jumble of those beloved pieces.

“The tour spent more time talking about the underground passageways and tunnels than on the figures,” Sharon recalled to Grit City Magazine.

“When we reached the dark basement, people left quickly. They were unsettled. The figures were jammed together on wooden plats. There were jumbles of hands and half lit frightened faces. I dropped out of the tour and began taking photos as fast as I could. Of course I was found out and told to leave.”

Similarly eerie photos were captured by a few photographers who found out the location, but it turns out this particular collection may not have actually from Point Defiance.

Alfred Pettersen had opened a fairytale-themed park in Victoria, British Columbia just prior to arriving in Tacoma in hopes of duplicating his vision. He commissioned statues from sculptor Elek Imredy, and with the support of Tacoma lumber magnate Chauncey Griggs and John Hewitt Jr, our Never Never Land was brought to life in 1964.

Admission in the early years was 50 cents for adults and 25 cents per child. On opening day the attraction raked in $1,350.00.

By the end of the first year more than 90,000 visitors had passed through the gates. There’s no telling how many children visited the storybook scenes of the Three Little Pigs, Little Miss Muffet, and Goldilocks before Hewitt (who had become the principle owner) sold it to the city in 1986.

Over the following years Point Defiance’s statues were repainted in bolder hues than Imredy had originally used, but a combination of weather damage and vandalism took its toll. A number of the statues were removed and placed in Metro Parks’ storage.

Meanwhile, an Ontario location of one of Pettersen’s parks closed in the late 1970s. According to City Arts, which spoke with both Hewitt and Pettersen in 2009, “Hewitt traveled to Boston, bought a Toyota, picked up his son from prep school and headed north to rescue the orphaned statuary. Back in Tacoma, he deposited the figures in the basement of his office…”

Melissa McGinnis, Metro Parks’ Historic & Cultural Resource Administrator, confirmed the statues photographed in Tacoma’s underground “did not come from the Tacoma Never Never Land… In essence, they were simply a matched set to many of the statues in Point Defiance.”

Many of them have since been sold by local antique store, Broadway’s Best, which strongly believes the statues that have passed through their shop are pieces of the Point Defiance set.

As of early 2018 these two statues are still available at the store.

Where are the Tacoma figures according to Metro Parks, then? The answer is likely safe in storage or gone for good.

While no plans to display what does remain of Tacoma’s Never Never Land have been announced, Humpty has been spotted out in recent years. Photographer Aaron Locke snapped his pic, and included it in City Arts’ 2009 story:

Visiting the Point Defiance area where the characters once lived is akin to hunting for a Never Never Land that never was. The last traces of statues and buildings, including the Old Woman’s Shoe slide, were demolished in 2010.

Hewitt, who was so much a part of our Tacoma park and went to the effort of storing Ontario’s statues in his building’s basement, wasn’t opposed to the pieces being sold. However, it’s possible the man who passed in 2013 would have liked to have seen what remains with Metro Parks return to the sun.

“What would interest me is if someone wanted to put Humpty Dumpty together again,” he once quipped. 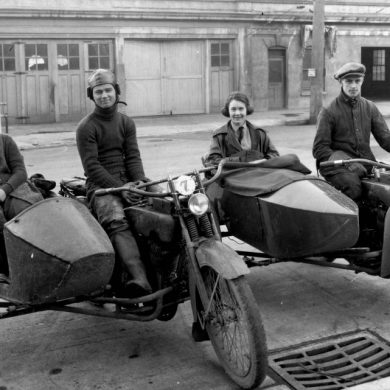 125 Miles to Olympia and Back: The Tacoma Motorcycle Club in 1923