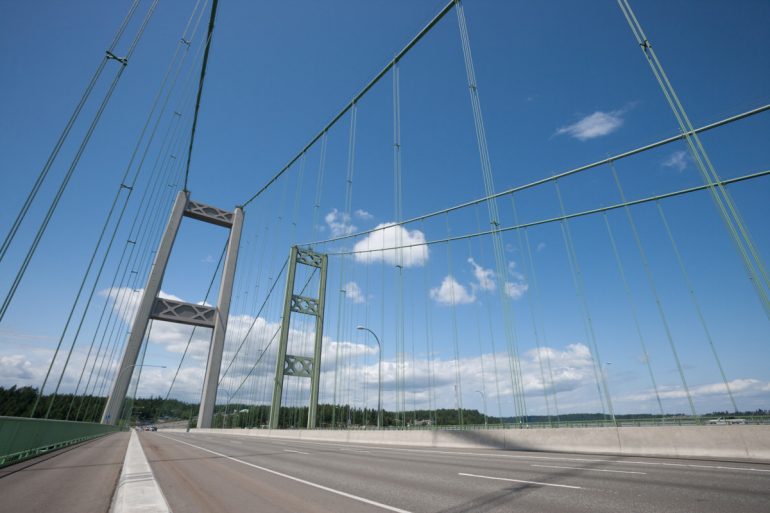 With views for days and a lively arts culture, there’s more to do in Tacoma on a date night than the old wine and dine. Here we take a look at seven alternatives to your typical restaurant meal that’ll have you feeling all kinds of Tacoman.

Brush up on your Galloping Gertie knowledge, grab a coat to keep the wind at bay, and get ready to marvel at the iconic bridges that connect Tacoma to Gig Harbor.

A pedestrian pathway exists on the newer, eastbound bridge. You can’t park right on Jackson Avenue, but a short pathway through War Memorial Park just across the street leads to a parking lot all are welcome to use.

Be advised there aren’t any bathrooms in the park or along the walk, which ranges from two to four miles depending on where you decide to turn back. The pathway is also used by runners and cyclists, so keep an ear out for anyone calling “On your left” from behind you. Keep to the right side of the path, just as you would drive a car, and allow them to pass on the left.

2. Get Your Selfie On

Tacoma’s natural beauty and many murals make it the perfect city to take a selfie (or “usie,” for those on a date) tour in.

There’s more to do at Point Defiance besides visit the zoo and aquarium. Our 760-acre park boasts Puget Sound shoreline, flower gardens, trails and the aptly named Five Mile Drive.

On sunny weekends you’ll find a stream of view-seekers cruising the one-way outer loop that’s everything you’d hope from the Pacific Northwest. As you’re making your way to one of the five viewpoints (parking is available at each), take note you’re driving around the “toes” of our “Foot Shaped City.”

Also note that Five Mile Drive is closed to motorized vehicle traffic Monday thru Friday until 10 am, as well as Saturday and Sunday until 1 pm so pedestrian and bicycle visitors may enjoy the area undisturbed.

Take a break from the mega movie theaters and head to Fawcett Avenue. At The Grand Cinema you’ll find independent, local, and foreign films on the screen, as well as sell-out events such as the annual Film Awards Party on Oscar night.

Boasting four screens and a full concession area, this nonprofit theater is run mostly by volunteers.

It’s hard to know where to start when describing Bob’s Java Jive, but the first thing you must know is you won’t be going there for coffee.

The coffee pot-shaped building on South Tacoma Way was built in 1927 by a local veterinarian who jumped into the diner business. Since its start as the 25-foot-tall Coffee Pot Restaurant, the building has been a drive-in, speakeasy, juke joint and go-go bar.

Along with bus seats that arrived in the ’30s, and a jukebox from the ’40s, you’ll be smacked by remnants of the Polynesian treatment the coffee pot got in the ’50s. Heads of jungle animals wearing sunglasses still remain, although two live monkeys—named Java and Jive—are no longer there.

“The Jive is a funny place,” owner Danette Staatz said in 2014. “…it’s so different that most people love it. It’s like its own entity. It wraps its arms around you when you walk in, and it loves you.”

Today you can expect the doors to be open after 8pm, but after that it’s best to just see what the night will bring while visiting this establishment on the National Register of Historic Places. Odds are you’ll bump into a live show, karaoke, or a handful of comics on stage.

We may not have tropical-temperature waters in the Puget Sound, but the sharks at Point Defiance Zoo and Aquarium live in 74 degree waters year round. Combine that with the use of a dry suit and it’s always the right time to take a dive.

During this underwater experience you’ll learn the basics of breathing surface-supplied air, then go with a guide in a sturdy underwater cage into the 225,000-gallon exhibit where you’ll get an up-close view of sharks.

Diving with the sharks is an option for those ages 8 and up. Register online.

As an activity on its own, or combined with any of the other date ideas above, keep an eye out for free, up for grabs art in Tacoma.

Some of the easiest to find are painted rocks created by Tacomans big and small. Look for them hidden just about anywhere, but especially near and in our many parks.

While you’re there, be on the lookout for monkeyshines. In case you’re not familiar with them, here’s the basic idea: Once a year, typically around Lunar New Year, Tacoma citizens partake in a city-wide hunt for balls and medallions created by a team of glassblowers, each stamped with an animal from that year’s Chinese zodiac.

Additional art to seek out includes a monthly run of unique letterpress art posters put out by Beautiful Angle, and the occasional trinket left to be discovered by a local artist.

For example, Grit City Custom Knives put out this little guy early in 2018:

You’re welcome to follow Grit City Magazine on Instagram, as well as tag @gritcitymag with your finds, selfies and pics of your Tacoma adventures. 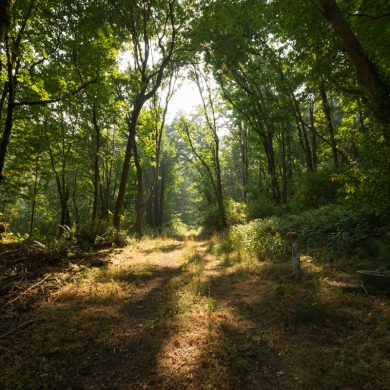