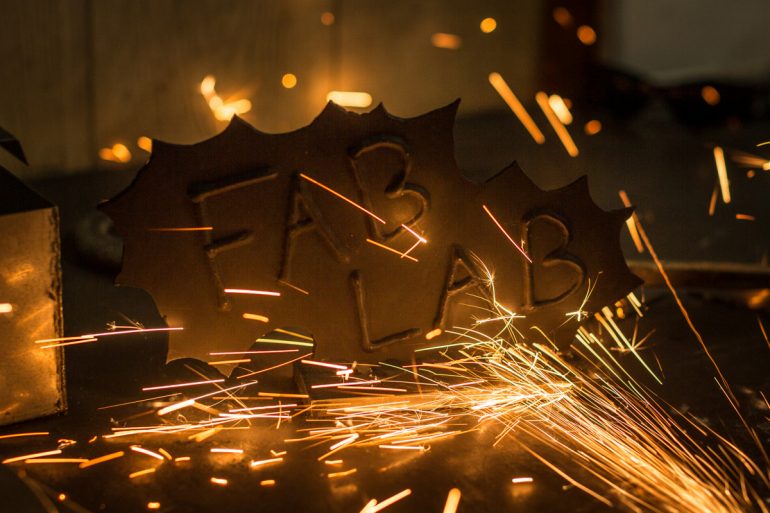 If you live in Tacoma, chances are good that you’ve passed by FabLab without ever realizing it. That’s a shame, my friend, because it’s one of the most interesting businesses in the city.

Located at 1938 Market Street (just across the street from the The Rock Wood Fired Pizza), FabLab is a “makerspace,” which, in its simplest sense (and as the term implies), is a space for people to make things.

Personally, my impression was that it’s sort of like a high-tech playroom. It’s got 3D printers, welding torches, woodcutting machines, electronics, a virtual reality lab, and laser cutters. It’s also got a nine-foot-tall wooden dinosaur, a metal steampunk cannon, and a robot playing the opening chord of the Beatles’ “Here Comes the Sun” on guitar. It’s the perfect fusion of serious technology and lighthearted creativity.

William Davis and Steven Tibbitts opened FabLab in 2012. The idea came when they got their first 3D printer, out of sheer curiosity. From the moment they used it to roll out their first Stanford bunny (the Stanford bunny is the traditional first creation for 3D enthusiasts around the globe), they were hooked. Six years later, FabLab is a premier makerspace available to all.

Tibbitts’s background is in electrical engineering while Davis brings business and marketing acumen to the organization. Both of them are proficient with the machinery and both of them give classes. Their business model incorporates two primary sources of revenue, one being educational and the other being production-oriented.

Newbies can sign on for group classes or for private classes, while experienced makers can sign up for membership and use of the facilities and equipment. Folks can also commission FabLab to take care of the proverbial heavy lifting and make their projects for them. When I visited the shop, Tibbitts was finishing up welding a gigantic metal arrow for the Thunderbird.

A space full of heavy machinery and engineering-types may seem intimidating to those who are less scientifically inclined, but it doesn’t need to be. I visited FabLab for this story and found Davis and Tibbits to be laid back guys who were more enthusiastic about sharing FabLab’s capabilities than about anything else.

As Davis told me, it only takes a little familiarization with the equipment before people can start putting together their own designs. If the place appeals to your curiosity, don’t let intimidation stop you. The FabLab’s atmosphere is much more playful than it is heavy.

FabLab hosts multiple classes, with some geared towards kids and some more towards adults. One of their upcoming courses teaches the construction of Raspberry Pi–tiny, single-board computers that can be used to teach computer science to kids.

One interesting class for adults is tailored towards couples who want to learn the woodworking machines. When the class is complete, each couple builds their own wine rack from scratch.

Once you’ve taken the classes and become proficient with the equipment, you can get to work on your own designs, renting the space and machinery for a monthly membership fee. Some of the folks who use FabLab are hobbyists, while others are more entrepreneurial. C4 Labs, Tacoma’s own, came up with their signature Raspberry Pi wooden container designs at FabLab.

William showed me around the place and demoed the 3D printer. I was particularly intrigued by the virtual reality equipment, though I didn’t have time to run through it there. I fully intend to return, this time as a student and not a journalist, to take a VR class.

Tacoma is full of creatives, but it’s also a city (obviously), which means that most of those creatives don’t have space for the kind of machinery that FabLab holds. That’s why, it seems to me, FabLab offers an important service to the community.

Check it out some time. If you’ve got a design idea you’ve been mulling over to launch a side hustle or even a full-time business, or maybe if you just have the creative bug, FabLab is a cool place. Speaking for myself, I went there strictly to cover this story but ended up leaving very intrigued to take one of their classes. Davis and Tibbitts are good dudes, and the FabLab is basically a big playroom for all ages. Who doesn’t need a little more play in their life? 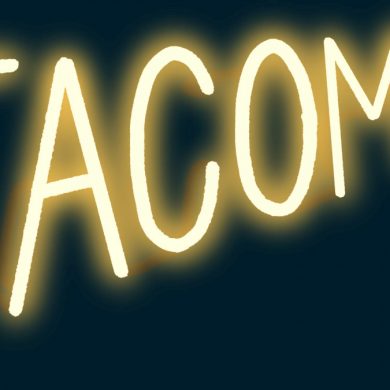 What do Seattleites Think Tacoma is Like? We Ask, They Answer