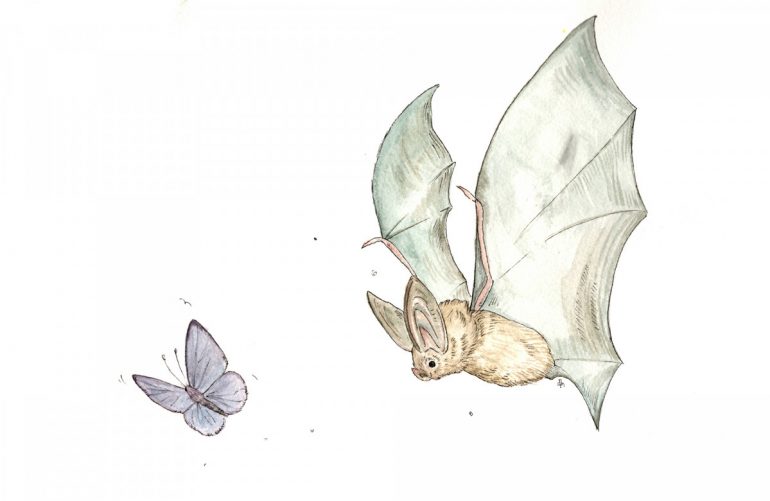 If you were asked to name five Pacific Northwest animals, what would you come up with? For a lot of us, salmon, bald eagles, and orcas might be at the top of the list. Of course there are many more animals in the evergreen forests all around us, some endemic, some widespread. Many of them just don’t get the attention they deserve though. Living in a city like Tacoma, sometimes it’s easy to forget how much wildlife there really is all around us.

Local artist Dakota Harr illustrated a few of these animals along with common food sources and we put together a few fun facts for you to share at your next biologist-friendly dinner party.

The scientific community wasn’t exactly stretching the imagination when naming this guy. They feed primarily on moths and use extra quiet echolocation since some moths can hear bats and produce their own noise to confuse them. Females mate in late fall but hold onto the sperm until spring before actually fertilizing their eggs. They also sleep in maternal colonies, separate from the more antisocial males.

Even though their scientific name, Spilogale, is Greek for “spotted weasel”, these adorable stinkers don’t really have spots in the traditional sense, except for one on their forehead. The two teeny butt nipples that actually do the spraying can aim independently and are accurate up to 15 feet away. Before actually spraying, they sometimes jump into circus-like handstands with hind legs out to the sides and tail waving. Once a spotted skunk depletes its stink oil (up to one tablespoon), it takes about a week to build it back up.

One of the most ordinary looking animals you’d ever come across in nature, these mini mammals could very well go by the name Jesus Shrew. That’s right, they can actually run on water. A combination of their compact size (only 8-18 grams) and a tuft of stiff hairs on their feet give it just enough buoyancy to skip across streams and ponds. When they’re done showing off though, they can just as easily dive below the surface to snatch a meal. Good thing too since they can only go a maximum of three hours between meals.

If you ever see one of these curled up on the side of a trail, you might mistake it for a weird looking poop. They have an impressive range, often living in dense conifer forests and surprisingly cold environments, even at elevations up to 10,000 feet. Rubber boas are one of the most mellow snake species anywhere and are sometimes used to help people overcome their fear of snakes. They eat the kinds of things you’d expect a snake to eat but also go after the eggs of other snake and lizards. Their main defence is to curl up in a ball and expose their tail which, due to their otherwise docile nature, generally serves to only make them more bite-size.

As odd as it may sound, fishers don’t actually fish. Their main prey is snowshoe hare and porcupine. Yes, porcupine. They’re one of the only predators anywhere who actively hunt them. This reclusive cousin of the Wolverine is also important to this list because it was, at one time, completely wiped out in the state of Washington due to over-trapping and habitat loss. Over the last few years though, they’ve been successfully reintroduced to the Olympics and Cascades with further reintroductions planned for the future. 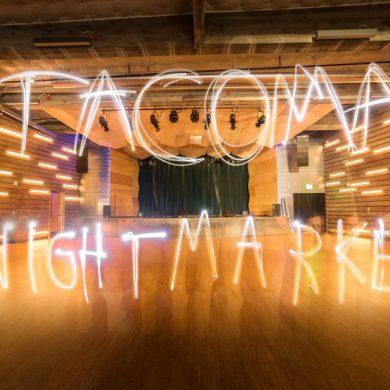