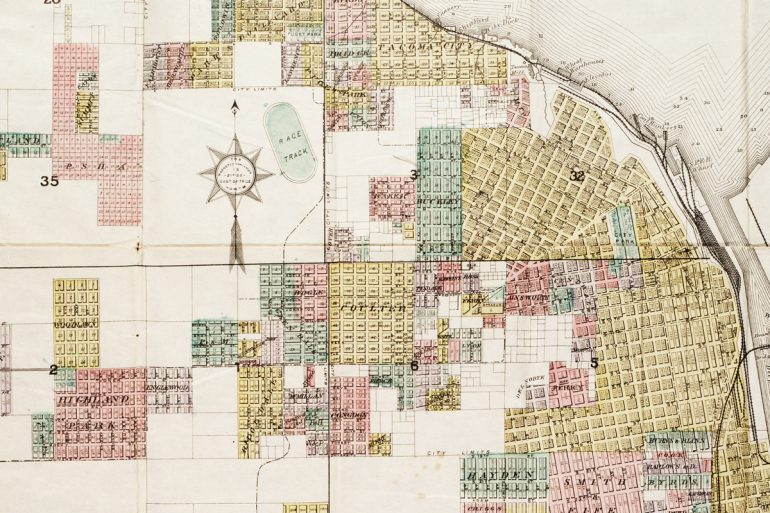 WTF is up with Tacoma’s Streets?

There’s something up with Tacoma’s streets, and I don’t mean the pot holes.

If you want to drive from South Tacoma up to 6th Ave., you could head north on Oakes which eventually becomes Pine, which then turns into Cedar, and finally winds up as Alder, all on the same physical road, within a space of about three miles. Examples of this can be found all over the city. It may not have much impact on day-to-day life and it’s not too difficult to figure out, but it’s just odd enough to make someone tilt their head to one side and say, “Who the hell thought of that?”

To find the answer I consulted the all-knowing history wizards at Tacoma Public Library’s Northwest Room. As it turns out, Tacoma at the end of the 19th century was kind of a shit show. Randomly placed neighborhoods were scattered all over the place like a losing game of Tetris. Not only that, the streets in each of the island neighborhoods were named and numbered with little regard for future planning and with minimal relation to the older more established parts of town. This resulted in a number of duplicate names and oddly mismatched roads. If you’ve ever wondered why so many streets skip around and shift when they cross main roads, it’s because they were all part of independent developments built at different times and probably had different names than the ones that exist now.

Some cities grow organically, slowly sending out feelers from a central root in the form of roads that then sprout neighborhoods, gradually filling a given area. Tacoma grew more like a handful of wildflower seeds tossed out over a patch of soil, each growing into a nice little plant but not quite fitting in with all the rest. Eventually this started to cause problems for the gardeners, i.e., the local government.

So on June 26, 1891 the Tacoma Daily News said, “F this S,” and published an absurdly thorough plan to overhaul the city’s outlying neighborhoods. They would rename all the streets, renumber all the houses, and lay out a system that, according to the author, “will be equally as satisfactory 100 or 1000 years from now as today.”

They said of their grand scheme, “A comprehensive system should be adopted without delay that would do away with all duplicate names and would cover the whole peninsula from Commencement Bay to the narrows, from Point Defiance Park to an indefinite point to the south, and as far east as the city may ever expand, even should it include all the Indian reservation.”

Looking at the region as it is now, the directional portions of North, South, East, and West can seem a little lopsided. It gets even worse when you include the NE, SW, and NW portions, most of which aren’t even part of Tacoma. In fact, the naming convention that starts in Tacoma extends out to the edges of Pierce County. If you started at 6th Ave. and counted all the numbered streets heading south, you’d get all the way to 533rd St. E in Eatonville before running out.

Of course 126 years ago, they had to go with what they knew. Division Ave. used to be the actual division between “Old Tacoma” and “New Tacoma”. The reason it only goes as far as 6th Ave. and Sprague is because that’s pretty much as far as Tacoma went until the early 20th century. If you went much further than that, you’d be outside city limits. As such, the street names adopted in “Tacoma Proper” took priority over everything else. Sorry Maple, Van Buren, and Harrison, you’re all Puget Sound Avenue now. Even the main drag of 6th Ave between Sprague and Alder was originally two streets called Prescott and Belle. The original 6th Ave grew out of what’s now Hilltop.

And so the plan went in cold utilitarian fashion, street by street, obliterating names in favor of numbers and a few predetermined monikers over locally favored ones. Occasionally important names were spared or reapplied elsewhere. When two unconnected developments on either side of Wapato Lake eventually grew together, their main wagon roads already had the names S. 72nd and S. 74th waiting for them. The fact that the two roads didn’t match up in a nice east-west line and that future citizens may find the name change unnecessary was of little concern for the city at that time.

As thorough as this plan was though, it wasn’t the end of Tacoma’s street drama. In December 1954, another Tacoma newspaper ran an article titled, Crazy Mixed Up Roads Pose Dilemma for Santa. They pointed out how there are, “no less than six Olympic Streets, an Olympic Boulevard, and an Olympus Street. And they are not just the north and south or east and west versions of the same street. That would probably double the number.” As far as I can tell, there are only two Olympics in Tacoma now, one is up near Dash Point and the other is an uninhabited stub in the middle of the tide flats. Poor little guy doesn’t even have a sign designating it.

So the news’s plan didn’t have all the answers but that’s OK. They anticipated some rough patches and ended their article with this statement:

“It is not expected that this plan of street names will suit everybody. Owners of additions will not like to have their chosen names wiped out and others substituted. Various other objections will doubtless be made, and minor defects in the system pointed out, but these can easily be remedied with a little care.

The plan is one of great simplicity, and in that lies its great advantage. If adopted it will give satisfaction to citizens of Tacoma, it will facilitate mail delivery, it will ensure uniformity, and will evolve order out of chaos. The problem is solved.” 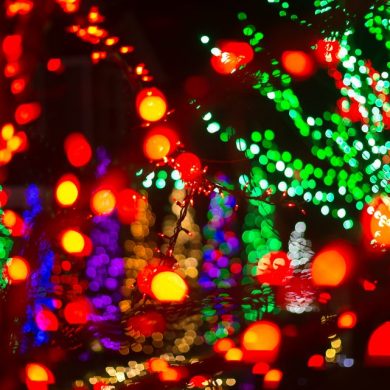