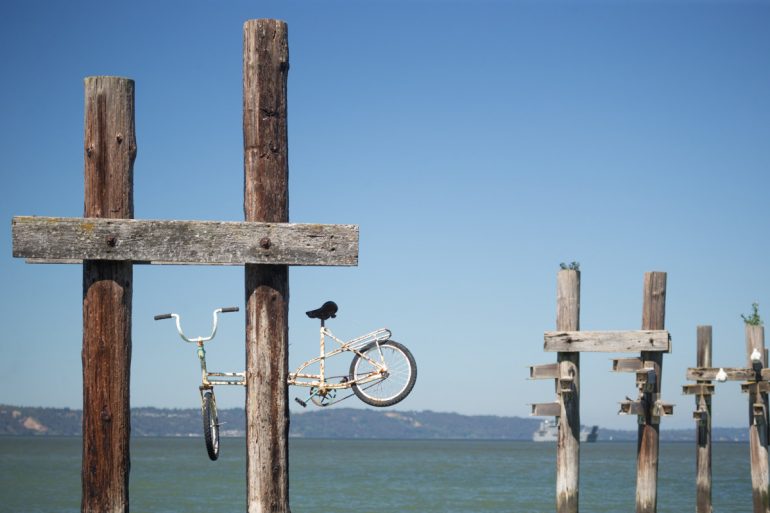 If you’ve always wanted to take a trip to Vashon Island to see the famous bike in a tree but just don’t care enough to pay the $18 ferry fare, worry not. There’s a much closer—albeit less romantic—local substitute. Not much is known about the bike before its life as a seabird perch but a few clues may narrow down the search for its installer.

Here’s what we know: The bike is a Sears Tote-Cycle and is actually fairly old; probably from the ‘60s. The Tote-Cycle was one of the precursors to today’s foldable bikes. Technically it doesn’t fold, but it does break into two pieces for easier carrying and storage. The triangular flanges in the center are what made it easy to mount to the piling.

Going by date-stamped photos of the area, the bike was evidently put up sometime in 2014. The only other clue is a now faded and flaking sticker just below the handlebars that reads “Caravansary”. So if anyone out there knows a classical sort of traveller with boat and a penchant for small vintage bikes, you might have an opportunity to bring resolution to an intriguing local mystery. 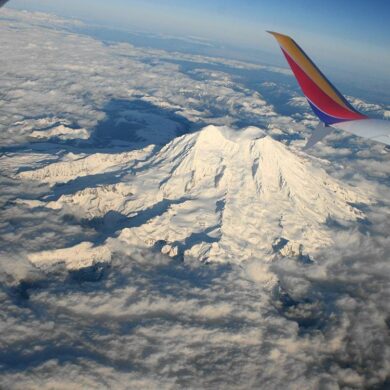 Seattle-Based The Needling Takes Aim at Tacoma and Beyond